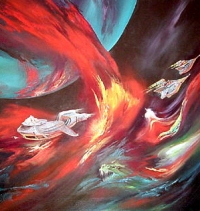 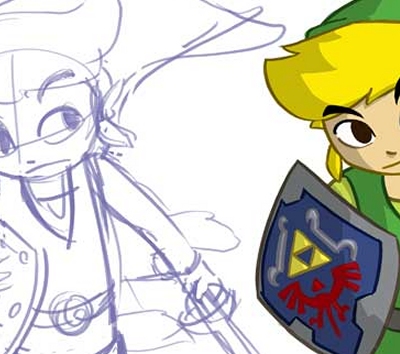 There is a great deal of art that is found in video games that we play today. No matter what the type of art is, the thing that they all have in common is the fact that hundreds and thousands of people see them on a daily basis. The art can be in the style of music, drawings, or perhaps the fantastic video that people seem to be drawn to on some games. There are many different games out there that have good art; here are a dozen that will always be popular.

This game is not only one of the most well known games of all time; it has what is quite possibly the best known musical score. There are schools all over the world that have orchestras that play the soundtrack from this ranging from battle music, hurry up and get out of somewhere music, character death music, and victory music. The fact that Final Fantasy is available on almost any platform and system, and has been around since 1987, makes it a game that will never go out of style. Thank you Nobuo Uematsu for giving us this music!

Much like Final Fantasy, this game has a great soundtrack. But there is something about Kingdom Hearts that brings out the child in everybody. This game is famous because of the way it brings to life the favourite Disney characters in stunning graphics and design. Not only do people who play this get to see their favourite characters from other Square games, they get to hear them talk as well. Character interaction is definitely strong in this line of games. The form of art used to create lifelike characters will keep this game popular with the young and old crowd for years to come. Seeing your favourite Disney characters come to life is great.

Another great game unlike any others in its time, Secret of Mana captivated the attention of its players with addicting music scores, cute characters, and awesome spell display. Not only that, the story line cycled you through all of the emotions, ending in a great conclusion that kept everybody looking for more. This is great for people who enjoy only a few characters that keep their appearance, but change weapons, giving them real life qualities.

Although Resident Evil is not as cute as some of the other games, the stunning full motion videos that are a huge part of this game keep people coming back for more. Stunningly lifelike, the characters and monsters make you think they are actually real, giving the impression you are part of the game. The fact that this series was made into different movies only points to the excellence of graphics involved in its game play.

No matter what the type of art is, the thing that they all have in common is the fact that hundreds and thousands of people see them on a daily basis.

This is a classic game that has branched out to encompass such a large amount of games that there is no way to play one all without starting another! Originally on Nintendo, the great sound track got the attention of everybody playing, stuck in their heads, and kept them coming back. Although some of the graphics were simple, they inspired joy and creativity for future gaming generations. The fireballs, cannons, and turtles are still commonly used on the Internet and in other games involving Mario Brothers. A motion picture was even created for this game, bringing the characters to life.

Regardless of which game you choose to play, this Nintendo Original no doubt took a great deal of your time up when you were younger. The wonderful labyrinth designs, variety of monsters, and quests to save the Zelda were just part of the great thing about this series. The music as you travelled around Hyrule kept you going for hours on end, far past your bedtime, taking you into a land of awesome mystery.

This is one of the oldest games that people know about. Originally on the computer, these lovable little lemming inspired young minds to learn the strategy of keeping their people alive. The cute little pixilated lemmings continue to make their way to certain doom in 3D nowadays. Not only can people still keep the lemmings safe for hours on end, they can move around and actually view their little friends from different angles. This is great for people who enjoyed this game on the computer, but wanted to see them in a more real life setting.

For those who love 3D and first person shooters, this game has some of the best graphics in the world. Derived from the Alien movies of the past, this game immerses players in a fight for survival in the best way imaginable – 3D. The scary soundtrack and lifelike Alien noises will capture your attention, and scare you out of your wits. But it’s just a game, right? The extensive technology here may make you second guess that.

This is definitely a game that shows the classical artistic abilities of the past.

The little blue guy is back and better than ever. The wonderful arcade sounds of the past, paired with the countless weapons graphics and changes that Mega Man can do haven't stopped. From 32 Bit from 8 Bit, this game has changed but remained much the same. This is definitely a game that shows the classical artistic abilities of the past.

Although Jurassic Park used to only be a movie, it is so much more. From the movie screen to your game console, the adventures of this dangerous but exotic park are yours to fully explore in different games that are now available. The dinosaurs are amazingly lifelike, beautiful, and just as exciting as in the films. This is one of the best movies to game adaptations in history, and the lifelike human characters make it all that much better.

Possibly one of the best games ever created, Monster Rancher actually allows people to use their favourite CD’s to create monsters. The art that is captured in this draws from the favourite music and soundtracks of its players to create something from any CD they have in their possession. Watching your monsters grow and advance, as well as fight, add to the already great graphic and musical abilities of this game, giving you the sense of actually creating life.

The shadowy graphics and intense mysteries that can be found in Alone in The Dark will make you want to keep the light on while playing.

Alone in the Dark

From computer game, to movie, to console game, this suspenseful game has taken the attention of people for many years. The shadowy graphics and intense mysteries that can be found in Alone in The Dark will make you want to keep the light on while playing. The great FMV cut scenes that have been added to this game will give those who have previously played it another reason to continue this great classic.

You can support Mary by buying Art is Everywhere