The Art of Advertising

The Art of Advertising Article 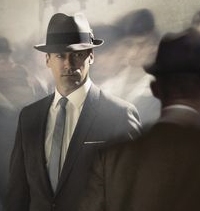 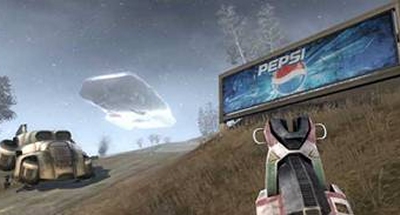 The art of product placement has been with humanity for some years. What began as simple ads on the side of the road, has since seeped into movies, music, and of course video games.

But unlike the appearance of products in movies and music, video game product placements are laboriously created. Two seconds of screen time for a Pepsi or mobile phone take hours if not days to complete. This means they need to become part of the fabric of the game itself, to minimise this extra cost. Here are six of the more successful product placement plugs in recent games.

Battlefield 2142: This game decided to go a less obtrusive route with its promotional concepts. The casually inserted advertisements for the Intel Core 2 processor on billboards designed within the game isn't as blatant as someone using a specific cell phone to call one of their in game contacts but is still quite clever.

The Sims: The Sims is a popular game that focuses on recreating real life. This makes product placement really easy. In the original, game ads for both Intel and McDonalds appeared in various ways.

F.E.A.R.: This game is notorious for its technology based product placement. The main focus here were the in game laptops emblazoned with a Dell screen saver. The developers of the game felt that it was a little 'touch of home'. It added a slight bit of authenticity that would make people think "This might really happen."

Tom Clancy's Splinter Cell: There were several product placements in this game but the most notorious was the usage of Sony Ericsson cell-phones to acquire clues which would allow them to catch the terrorists they were after.

Tony Hawk: Cell-phones seem to be a very popular form of product placement. In this game Nokia made its presence known in a very big way. The characters could watch in game skateboarding videos on the Nokia N93.

Metal Gear Solid 4: Whether solid snake was drinking a random energy drink or the characters were using an in game iPod there was no doubt that the game was promoting. Although many of the gadgets were fairly new in the real world, with the game's future setting it seemed there should have been better gear to use.

You can support Mary by buying The Art of Advertising