Concept is Everything Article 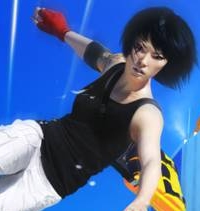 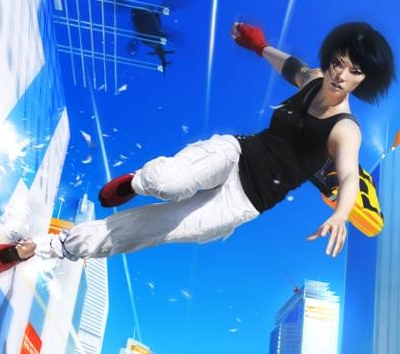 Concept art sets the mood for a video game. These humble beginnings are what some of the greatest and most creative gaming expeirences grow from.

In my time in this field, the following concept art samples stand out by setting a high bar for developers to match.

Mirror's Edge: Mirror's Edge contains a distinct artistic style and unique main character. The gleaming, shiny, almost too perfect cityscapes are a contrast to the normal post-apocalyptic look of futuristic games. The concept art clearly captures the fluidity of the battle and vertigo that this game can induce.

Assassin's Creed:In a game dealing with genetic memory, virtual reality and exploring the mind, the surreal feeling of visiting points in history had to be captured correctly. Assassin's Creed has concept art that captures this blurry, dreamlike state. The only thing in focus is the main character, which is the only thing real in many portions of the game.

Uncharted - Drake's Fortune: The amazing thing about the Drake's Fortune concept art is that the final game almost looks just like it. The developers were surely inspired by the rotting hulks of submarines set to the backdrop of a tropical, deserted island. The sense of exploration and adventure can be clearly seen in each of the concept art pictures.

Gears of War: Gears of War most noticeable graphic aspects have to do with its gruesome alien creatures and gory conflicts. However, the often overlooks alien environments are quite beautiful. The concept art sets the mood for an ancient and partially destroyed world.

Star Wars - The Force Unleashed: Capturing the feeling of an already existing franchise is difficult. This is especially true for Star Wars! The Force Unleashed captures the feeling of the Star Wars world but creates brand new scenarios with familiar objects. A perfect example is the Star Destroyer crashing to the ground in front of the hero. The entire game manages to capture that elusive Classic Star Wars ambience that even George Lucas can't always produce these days.

Metroid Series: It is hard to pick just one Metroid game for amazing concept art. Since the original 8-bit game, the concept art has set the tone for the alien creatures and the landscapes that have come to epitomize the Metroid series. Metroid Prime's concept art proves that even with limited 8-bit and 16-bit technology, concept art is worthwhile and can contribute to the style and look of the game. The un-lockable concept art of the later games actually felt worthwhile due to the high quality of these works.

The Last Story: The last story is not yet released but it looks to be one of the most beautiful role playing games for the Wii. The lush pictures of the island definitely put gamers in the mindset of exploring such a beautiful and mysterious place.

Concept art is important in any video game. It's important to appreciate the art that came before the final product, since the influence of this is essential.

You can support Mary by buying Concept is Everything