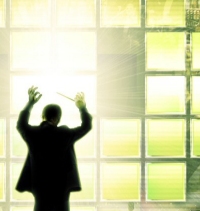 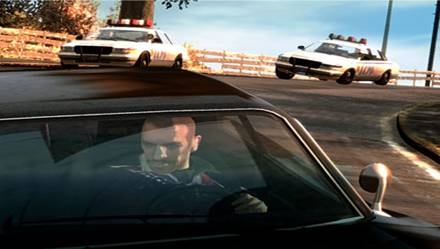 Music is integral to being human. In videogames it is essential in providing atmosphere and a sense of fun. It's another aspect of genuine artistry in gaming.

Whether it's classical composers like Nobuo Uematsu, or something more contemporary, video games wouldn't be the same without the mood setting music that accompanies them. Here, I'm going to discuss some of my favourite video games and the contemporary music that goes with them.

When you enter a car in the game, a list of available radio stations appears. You can then select, by genre, what type of music you want to listen to. Throughout all the in game missions, music is seamlessly integrated into the gaming experience. Rock-star was the first video game to develop this system of content distribution, and has been copied numerous times by games like Saints Row and other open world games. In addition to the music, the radio stations also provide actual voice acted Disk Jockeys, and talk radio formats.

Burnout Paradise: Burnout Paradise is another video game that has been acclaimed for its interesting use of music. The game, like GTA, relies on radio stations to deliver music to the user. The music comes with a track-list that it shuffles through while driving - all strung together by DJ Crash.

It has been praised for its ease of use and fun. The game typically sticks to fast, punk rock music to provide atmosphere for all the insane antics that are going on the road while you drive. Bands like Yellow card, Green Day, and even the Sex Pistols have lent their music distribution rights to the game, making driving in Burnout Paradise a fun and rewarding experience.

Tony Hawk's Pro Skater: A skateboarding game that relies heavily on in game music to amp its players up, Tony Hawks Pro Skater is unique in giving new musicians a chance to reach a wide audience by being accepted by its team.

Typically, new artists are able to send Activision their demos and have them see if it fits in with the rough and tumble nature of the game. However, even though all the music is contemporary, all of the music isn't Indie. Tony Hawk's Pro Skater also has plenty of mainstream artists that lend their talents to the games soundtrack, such as Bad Religion, NOFX, and other major punk rock artists.

FIFA 10: While this may seem a little odd considering the sport nature of the game, let me assure you that it would not be the same experience without the inclusion of its in game music.

Unlike most of the other games on this list, the music in this game tends to be more laid back and atmospheric. Artists like Children Collide, Los Fabulous Cadillac's, and Peter Bjorn have lent their talents to the game, making for a game that is easy to play for long periods of time due to the laid back nature of the game. FIFA 10 is a prime example of a game that doesn't need fast music to provide ambiance.

You can support Mary by buying Video Game Music Matters