Where I Find Art

Where I Find Art Article 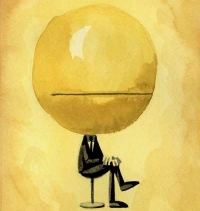 The influence of the arts is quite obvious in games, both past and present. A game designer exhibits a certain degree of artistic creativity when constructing animation, colours and themes for their players.

Consider a game such as Pac-Man, a widely popular arcade game from the 80's. The artist is quite aware that his game must be colourful, appealing and must provide a challenge. The primary goal of visual art is to appeal to the senses, to entice our eyes with bright, vibrant colours. The eye is naturally drawn to colour. Games employ colour as a way to stimulate and thereby, pique interest.

Although Pac-Man is not elaborate in its animation when compared to the more modern technology of today's games, the player is drawn to the colours and nearly becomes addicted to the challenge presented. They devour colourful fruits and gather points while simultaneously dodging the enemy animated character.

The player is drawn to the challenge and almost does not want to cease playing until the ultimate goal is achieved - acquiring as many points as possible while having had his senses stimulated by colour and sound effects.

Ms. Pac-Man games emerged as a direct result of the popularity of her male game counterpart. Even more interesting, the Pac-Man game phenomena soared to such heights that even a song was composed, elevating the games' success even more! Pac-Man Fever received ample air play during this period.

One of the earliest and simplest games of childhood is Candy land. In this classic board game, there are no complex rules, no unattainable goals. The players simply journey around the board, ever mindful of the bright colours displayed before them. Everyone is a winner in this game. Think also of a game such as Pictionary, which forces us, despite level of artistic skill, to unleash those skills on an easel and prompt others to guess a word or phrase.

Classic pinball games with their backboards of elaborate art appeal to many senses at once, combining music, flashing lights and colourful drawings. Casino slot machines utilize this method - the song Walk like an Egyptian can be heard playing constantly throughout one of its Middle East-themed chance games.

The colourful electronic game Simple Simon incorporated sounds and rhythms to encourage the players to remember a pre-composed pattern of sounds. Around this same time period, there was another electronic game referred to as Merlin that was similar to tic-tac-toe. This hand-held game encouraged players to compose their own songs, incorporating flashing lights and upbeat tempos. Additionally, when playing the standard game of tic-tac-toe, if the player lost to Merlin, an almost laughing musical rhythm is audible.

Even classic board games such as Monopoly and The game of Life have presented us with artistic, universal themes. When one spins the dial of a board game or rolls the dice, we can't predict where we will land - jail, bankrupt or rich.

So you see, art in itself, has a major influence on games and life in general, and perhaps it always will.

You can support Mary by buying Where I Find Art