Age of Wulin: Legend of the Nine Scrolls 360 Preview

Age of Wulin: Legend of the Nine Scrolls 360 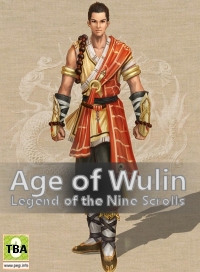 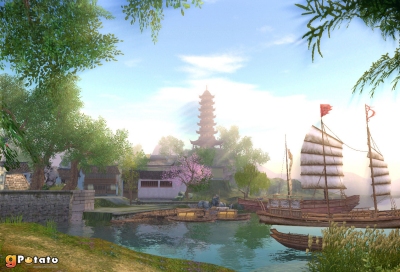 Age of Wulin: Legend of the Nine Scrolls delivers artistically before promising the earth. By turns storied and open, crafted and creative; it's this sort of juxtaposition that reminds me of other - more widely recognised, but no deeper - art forms.

Art focused gamers are always on the lookout for new games. Age of Wulin: Legend of the Nine Scrolls arrives in 2011 and fully looks the part. A client-based Massive Multiplayer Online RPG with a European bias that showcases Snail Game's martial art pedigree.

Heroes and adventurers in the world of martial arts, especially in China, are synonymous with righteousness and courage. Not only are they honour bound and would do anything to achieve their goal. They will also show mercy to the needy too. These duty conscious combatants are affectionately called Wulin.

Age of Wulin is all about ancient Chinese history and everyday life when martial arts were at its peak. Unlike older games with linear levels players are given the opportunity to develop their own characters at their own pace, and according to their own imagination.

Legend of the Nine Scrolls offers a dynamic combat system that enables players to fight both unarmed and armed. It combines the martial arts of Shaolin kung-fu and Tai Chi before mixing in the Chinese philosophy of acupuncture for healing.

Visually, it's captivating. The craftsmanship used in develop is almost startling in its resemblance to reality. There is a real sense of illusion - like any great art - that this is a tangible space.

it is the sheer scope for creation that has me most excited.

Legend of the Nine Scrolls enables players to interact with each other on a variety of levels. From friendship through courtship to commitment. The quality of these relationships promises to improve the cognitive and intuitive capabilities of the experience as players make moral and social choices.

But for me it is the sheer scope for creation that has me most excited. You can study the culture of ancient China. You can work at it each day to make your character competent enough to take challenges. You can shape your hero twoards suiperhuman feats and train them to fly off rooftops or swim across huge expanses of water.

It's a game that really hooks into my love of artistry - and I get to play a leading role, how exciting is that.

Age of Wulin: Legend of the Nine Scrolls is due for release in Europe in 2011.

You can support Mary by buying Age of Wulin: Legend of the Nine Scrolls