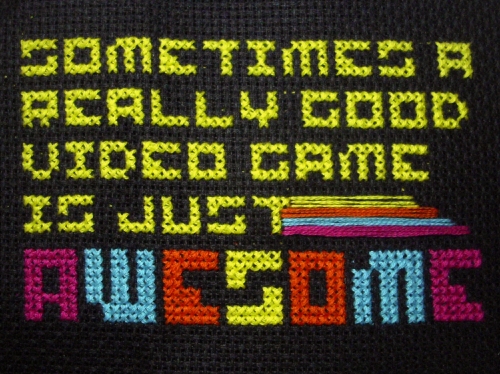 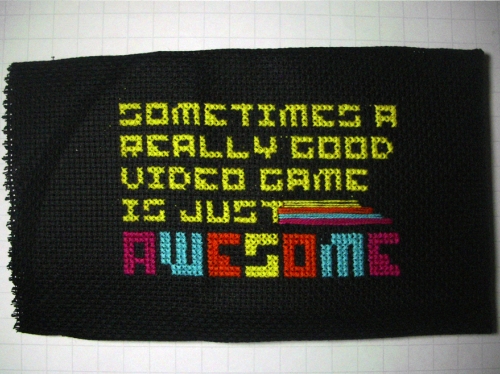 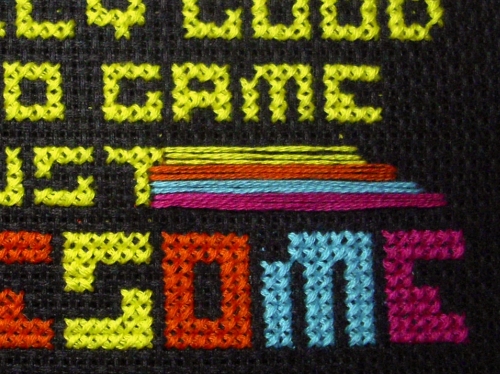 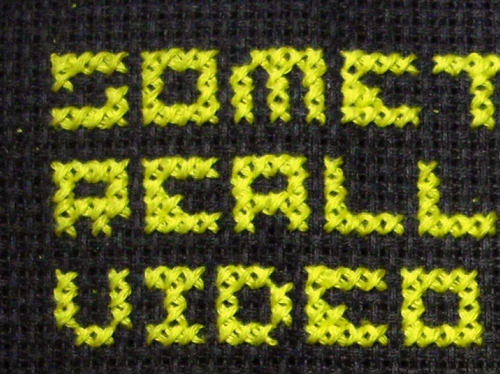 The demo feature recently added to the Wii Shop channel is brilliant. Harking back to the days of demo CD-ROM on the front of magazines, it feels like we haven't had much of a chance to play free tasters of console games in a long time. Even though buying retail means you have more tangible evidence to consider pre-purchase, it's not like you actually know whether you're going to enjoy the game until you play it. However, the virtual distance when shelling out real money for digital points on games that have no physical presence means that getting to try before you buy is even more important, and I'm actually really excited that Nintendo have finally given us this chance.

It's certainly a marketing technique that I know is going to work on me, as once you've played bit.trip beat's brief but challenging demo level, you know you're going to want to come back for more. The final screen teases even more retro thrills and 4-player co-op, which could provoke some extremely interesting teamwork. Most interestingly though, it also promises epic boss battles - not something I'd have expected, but certainly intriguing to find out what a 'boss' looks like in a game where most of the graphics are tiny single pixel dots of colour. The demo level available to play, is itself only one of three game modes offered in the full version, surprisingly for something that only costs 600 points (equivalent to about ?4).

bit.trip beat feels, and sounds, like a rhythm action game but doesn't really play like one. The Wii-mote rumble pulses along to the music but you're never really going for timing. The tilt control is truly analogue, with very little opportunity for precision, which isn't what you might expect from the genre. Instead, the gameplay is more like pong - lining up your paddle to hit the beats back from whence they came, scoring mega points for long chain combos or putting yourself further into danger with each beat missed.

As a self-confessed 8bit pixelphile, I love how the game looks simple, blocky, bright and modern, despite the nostalgic throwbacks. Pixel art can't help but inspire me to craft! The colourful explosions and background graphics do a great job of both prettifying the game and distracting the hell out of the gameplay but I think that's the point - when you're close to death, the screen reverts to stark black and white, making it much easier to hit the beats and giving you a chance to get back in the game, but at the same time, making you want to return to the full-on colourfest by not being half as fun to play.

The line in the picture above came from the final screen of the demo and as soon as I saw it, I knew it needed to be translated into cross stitch. It's always cool when a game just writes its own review for you ;) But it's even better (indeed pretty awesome) when you download a free demo for something that you haven't even heard of before, and discover that yes, it is actually a really good videogame.

You can support by buying Bit.Trip Beat