Here is my musical review of Hello Kitty: Big City Dreams on the DS, I've called it 'Hello Kitty'.

There are lots of nice little puzzles in this game, they've pitched it well at the kiddy market. My favourite one was 'Resturant Dash' in Tuxedo Sam's resturant, presumably inspired by the game Diner Dash (which I haven't played).

Frankly I found racing rats for cheese in a Pac-Man-style arcade game mildly perturbing, although that seems to be a favourite with others. The dancing game is fun but I was shouting at the screen in the fashion shop game, failing miserably to pick out the right outfits. Generally I would have liked more puzzles in each part of the city, but then perhaps I've been playing too many computer games and hence have a tiny attention span which needs feeding continually with ever-evolving entertainment...? 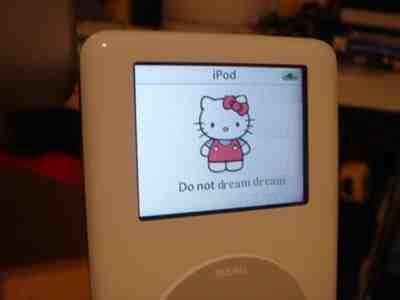 Did you Ever Have a Dream

She says "did you ever have a dream when you were young like I am?
Did you ever want to see all that, all that you could be?"