Lego Shave a Sheep Board Game 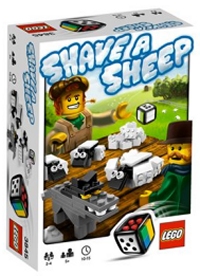 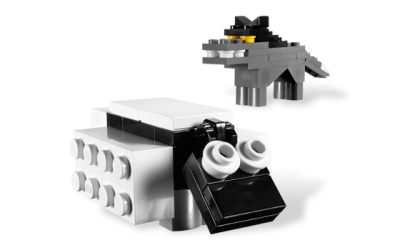 Shave a Sheep from Lego Games offers a self-built customisable board game with comical Ardman style sheep pieces. Cute, endearing and a lot of fun.

Lego Shave a Sheep makes you wonder why these games haven't existed before. By combining the flexibility and block building fun of Lego with a pre-packed board game they have created something that works for a much wider range of ages.

Like the other games in the Lego Games series, Shave a Sheep comes in pieces, ready to build. We set our five and seven year olds the task of building the game from the instructions and came back 30 minutes later to find them happily playing a game they had invented.

After a while we got the instructions out and found a couple of variations of the game that could be played - in addition to any you (like our kids) invented yourself.

Shave a Sheep essentially consists of rolling the dice to add wool to your sheep. Once it's full or you roll a pink Shear square on the dice, you can harvest your progress. Before then you are in danger of loosing it to other players or the wolf.

The real genius of these games is the customisable dice. It comes in the pack blank, and part of the instructions are to configure the dice for a particular game. But if you find your kids are rolling too many wolf pieces and the game is taking too long you can simply adjust the dice to speed things up. So simple but so effective.

Perhaps the biggest mark of success of the game in our household is that it still remains intact and in the box - unlike other Lego kits that are quickly subsumed into the growing mass of blocks in their Lego bucket.

You can support Ed by buying Lego Shave a Sheep