Heroes of Might and Magic: Clash of Heroes DS Guide

Heroes of Might and Magic: Clash of Heroes DS 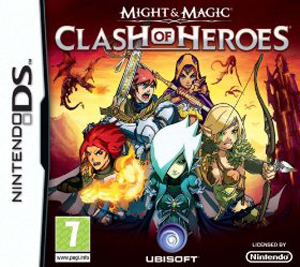 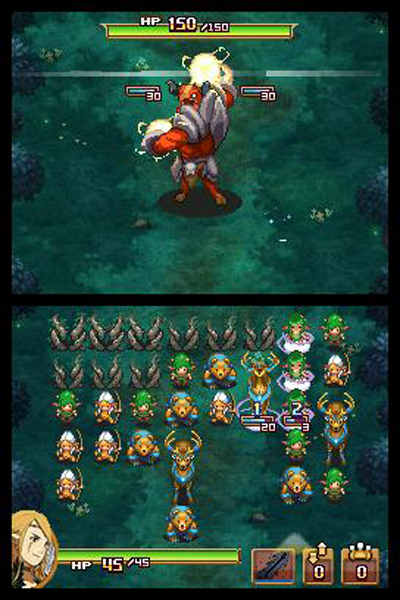 The venerable RPG franchise comes to the Nintendo DS in the form of Might and Magic: Clash of Heroes - an extraordinary reboot that defies expectations and sets a new standard for strategy games on the handheld. With its new anime look Clash of Heroes incorporates role-playing elements, compelling adventure and a combat system based upon card-puzzling mechanics. The depth in this strategy game means the scope for extended play and customisation is incredible - there's over thirty hours of single-player content with the addition of an involving multiplayer mode as well. If you love strategy or RPGs then Might and Magic: Clash of Heroes is an excellent choice for the Nintendo DS.

Being a long-time fan of the Might and Magic series on the PC I was a little sceptical about this DS incarnation of my favourite RPG franchise. But Might and Magic: Clash of Heroes isn't merely a port of a successful PC game; it’s actually a complete reboot that changes everything about the world from its art-style to the combat mechanics. Far from dumbing-down the series, Clash of Heroes takes the immersive world of Might and Magic and spins a completely new story and system which suits the DS system perfectly.

In many ways it doesn't need the Might and Magic moniker at all - the game is so different that you wouldn't even know it was from the same world apart from the name on the box. This makes the game accessible to newcomers and also sets the game apart from the PC series. As a result the game is a mix of role-playing elements and card battling mechanics with some strategic unit movement and customisation options as well.

The combat system can seem a little overwhelming at first as battles start off with each set of opponents rushing into a random formation before the fighting starts. From here control passes to the player and it’s up to you how you want to play the game, meaning the scope for customisable formations and attacks is immense. You can put units into a horizontal line which forms a defensive wall, whereas a vertical line creates an attacking formation. The battle system is turned based, similar to the PC games and you get three moves before control passes over to the opposition. It's a system that works well and the extent of the customisation can get incredibly involving if you’re prepared to put the work in.

It's hard not to overstate how deep the strategy of this DS game can get. The variety of units within a single race is large and the number of unique experiences you can have when playing this game - according to your play style - makes it one of the most enjoyable strategy games on the platform.

The campaign takes in the five races or alignments and having this variety gives the story-mode an epic quality worthy of a home console release, never mind on the diminutive DS. Though the art-style might lead players to think this is a basic 2D graphics engine, the detail and animation for the units and the world is very impressive. It harks back to the Super NES days in its style but the execution combined with the beautiful music will leave you in no doubt that this is a tremendously polished package.

I came into this game sceptical that the DS system would dumb-down the PC franchise I had loved for so long. But what I got instead was a deep and involving game that more than satisfied the strategy thirst inside of me. The game has more depth than many PC RPGs and I found the hours slipping by as I delved deeper into the customisation options and puzzle battles. It's not without its faults though - the anime style is executed smoothly but it feels a little at odds with the serious nature of the game mechanics and story. Some of the card-based mechanics also felt a little off with the random unit spreads at the beginning of battles feeling a little too luck-based for a strategy game.

But these are minor concerns in an otherwise excellent game. Might and Magic: Clash of Heroes for Nintendo DS is just as deep a strategy game as you’re likely to find on the PC and probably one of the most complex and rewarding games for the DS platform. The level of customisation and depth to the main campaign and multiplayer makes this an essential purchase for anyone who wants a more challenging and cerebral experience from their DS.

You can support Jan by buying Heroes of Might and Magic: Clash of Heroes