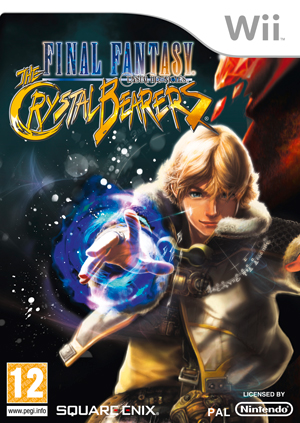 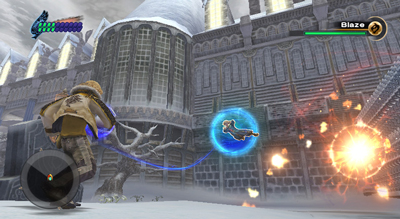 Four and half years of development has yielded Fantasy Crystal Chronicles: The Crystal Bearers for Nintendo Wii and it continues the epic adventure first started by the original Crystal Chronicles back in 2005. For this game Square Enix has thrown out the RPG-heavy leanings traditional employed by the franchise and replaced it with a much more action-orientated combat system.

In the time between this new release and the last Crystal Chronicles game the Yuke tribe has been completely wiped out and magic has been replaced by technology in the world. The crystal bearers of the game's title are ordinary people born with shards of crystal embedded within their bodies and are consequently magic users, maligned from the rest of society.

There's no doubt that the story in Crystal Bearers sets it apart from most other RPGs on the Wii system. It's as epic and sweeping as the Final Fantasy Games on PS2 or DS and the art-style is clearly of a superb quality. The biggest difference is the decision to base the combat on real-time action rather than any turn-based system. As such the game's grand story feels a little at odds with the lightweight combat engine and it’s something that Final Fantasy veterans are going to have to come to terms with if they want to progress in this game.

There are a variety of combat scenarios ranging from third-person shooter to aerial combat which takes advantage of the Wii's motion controls. Some of this action fits the console very well and it feels that Square designed this game to be accessible to the widest possible audience. This means however that there a fair bit of repetition when dealing with enemies - you grab your enemy, throw them around until they die or find objects in the world to throw at them. You can even use enemies as temporary weapons and different ones will react in different ways - often needing you to unlock a specific ability in order to defeat just one opponent.

When this system works it does an excellent job of providing a different combat mechanic to a Final Fantasy game, but it never feels quite as good as it should. In many ways the action parts of the Crystal Bearers is similar to The Force Unleashed on the Wii, although not quite as polished as that game. It also eschews any of the multiplayer of the first game as well. In Echoes of Time the connectivity between the Wii and DS was amazing and it’s a real shame that Crystal Bearers has nothing similar to offer players.

The biggest part of the game that will either make or break it for you is the inclusion of mini-games. These are strewn around the world thickly and you'll spend just as much time playing them as you will fighting or watching the highly-produced cut-scenes. Not all of these mini-games are bad, with Chocobo racing being the most obvious high point to their inclusion. But some are just plain filler and do nothing to enrich the world or lengthen the play-time in a positive way. Fortunately most of these are optional but for some Final Fantasy fans the mere fact this stuff is in the game will be a heinous crime.

I was happy to ignore this myself and concentrate on the game's story instead. It doesn't fail to deliver a great experience although I found many of the series mainstays lacking in execution and quality. The map system just isn't good enough for an adventure game of this calibre and getting from place to place with the non-existent or ambiguous signposts makes travelling quite tedious. But other parts of the game's presentation is spectacular with the scenery looking like someone threw a high-definition filter over the game. Crystal Bearers is nothing if not a visually epic Final Fantasy game, even if that epic-ness doesn't translate into gameplay.

The appeal of Crystal Bearers will be huge for both Final Fantasy fans and the more casual market, drawn in by the game's presentation and emphasis on mini-games. It's thirty hour adventure does justice to the Final Fantasy name but traditional players are going to find the accessibility of the title getting in the way of what they expect a Square experience to be. But you can't fault it for opening the door to newer players and if you've ever wanted to jump aboard the epic adventure train of the famous RPG franchise then Final Fantasy Crystal Chronicles: The Crystal Bearers offers an excellent way in.

You can support Jan by buying Final Fantasy The Crystal Bearers