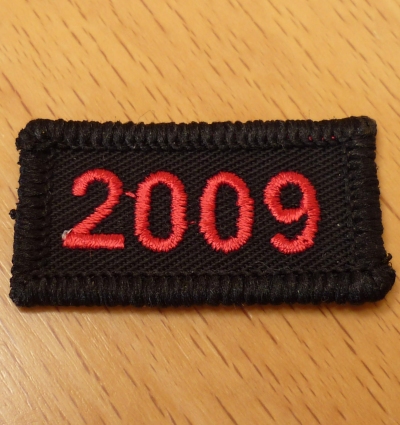 Even though the number of platform-specific exclusives was on the low side in 2009 for the Xbox 360, it certainly didn't disappoint in terms of quality. Check out the three listed below for some modern classics that are still worth renting or buying today. Not least because they are now great quality cheap 360 games.

Nobody does zombies better than Valve and the sequel to 2008's co-op masterpiece was a great example of how to take a video game to the next level. All new characters, new weapons and five new campaigns based in the American Deep South brings a whole new atmosphere to the zombie survival experience.

Out of all the co-op games available on the 360, Left 4 Dead 2 is still the most enjoyable, unpredictable and tense of the lot.

Out of all the co-op games available on the 360, Left 4 Dead 2 is still the most enjoyable, unpredictable and tense of the lot. The Southern setting makes the game scarier and the new infected enemies like the Spitter and the Jockey keep every play through fresh and terrifying. Just as in the first game you can switch sides and assume control of those special boss infected to terrorise other players controlling the survivors.

This team-play and co-op over Live is where Left 4 Dead 2 really comes alive. Here the game stops being a mere shooting gallery and takes on all the highs and lows of an action-packed zombie movie. Nothing compares to skulking in the shadows, deep in the Savannah only for one of you teammates to suddenly scream as they encounter a wandering Witch. The eeriness of the fairground level is something that you never forget and the dramatic climax's at the end of each episode are always epic and memorable affairs.

It's the marriage of these set-ups and the personal experiences that make Left 4 Dead 2 one of the great water-cooler video games of this generation. With new content regularly pumped out and the prospect of a dramatic appearance of the original Left 4 Dead survivors in the upcoming The Fallen DLC, renting or buying Left 4 Dead 2 should be high on your list of priorities as a gamer.

Providing the most authentic and beautiful-looking racing experience last year was Forza Motorsport 3. With over 400 customisable cars and 100 racetracks it gave players an incredible array of options coupled with some stunning visual improvements over the previous version.

What I noticed most of all was that no matter what car I was driving, or what track I was competing on, the whole experience felt 'right'

Not only did these new additions deepen the complex title for its hardcore fans, it also made some excellent choices to make Forza 3 accessible for all skill levels. A wide range of driving assists and the Rewind feature that lets you correct any silly mistakes mid-race, turned me from a casual player to an ardent petrol head enthusiast.

What I noticed most of all was that no matter what car I was driving, or what track I was competing on, the whole experience felt 'right'. The controls were instantly second nature and as the game offers hundreds of hours of content it was essential that Forza 3 had the right feel.

With such a range of races and a long career mode this is a game that might be on the buy list if you want to dedicate your time to it. Conversely I found renting Forza 3 title an excellent way of figuring out if this was the right game for me before committing myself. But whatever you do if you're after a deep and rewarding driving experience then Forza 3 takes the checkered flag by a mile.

From the moving audio-diaries you collect in the ruined hub-world, to the experience of taking on The Covenant as a mere human, ODST is a dramatic addition to the Halo canon.

A first-person Halo shooter without the Master Chief should really be awkward and soulless experience. But Bungie managed to turn the tables on expectations with this excellent title that puts a bit more heart and soul into a Halo first-person shooter than anyone was expecting.

Set during the Covenant attack on Earth you take on the role of The Rookie as part of special ODST unit, tasked with combating the enemy in the city of New Mombasa. It's change of tone to a more melancholy, flashback-laden, multiple-perspective experience that sets itself apart from the Halo trilogy and gave the game an opportunity to branch out into more meaningful storytelling.

Taking on multiple roles and seeing the same story from different perspectives is well implemented and the moody tone of ODST has it's own distinct air. From the moving audio-diaries you collect in the ruined hub-world, to the experience of taking on The Covenant as a mere human, ODST is a dramatic addition to the Halo canon.

This short and well-paced single-player campaign offers itself as a great rental. Even though the game comes with the Halo 3 multiplayer, the imminent arrival of the Halo Reach beta means this can be a quick sojourn into a perfect single-player experience before returning to the online fight.