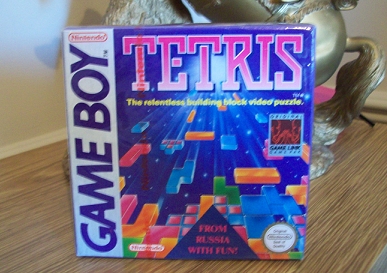 It can be a little daunting getting started in any community, but the world of sealed games is perhaps harder to impregnate than most. A combination of the intensity of the collectors and the competition for limited sealed games can put new comers off. But, as I found, if you persevere there are plenty of people willing to help get you started.

There is really only one dediced website for the Sealed Game collecting community. Sealed Game Heaven offers a news, reviews and advaice. But the best feature is the forum, where you can meet other collectors and discuss everything to do with the hobby, as well as more general gaming chat. There is also a live chat feature within the forum which has become very popular and there are a lot of regulars that use it.

The Sealed Game collecting community doesn't really have any ground rules as such - you just need an interest in the hobby. I've found that being willing to learn from other members and take thier advice can be a better way to go than simply sharing or showing off your collection in the collections area .

Alongside Sealed Game Heaven, I'm hoping to offer a more informal insight into this world. While the technical facts and advice are there aplenty, here you will find one person's journey into that world. And hopefully this may inspire you to join in the sealed game collecting fun.

The best way to get started, once you have read these sites, is to pick a set of games that you really enjoy. Start by focusing on a small core of games and then see how you collection developes from there. Some might want to start collecting Wii games for example then get into the harder to find N64 or Gamecube games a little later.

There was no one moment when I really felt like part of the Sealed Game Collecting community, is was just hard work and steady progress. I just try to buy maybe 2 or 3 sealed games per week and build up like that. Along the way I've stumbled acorss some excellent Sealed Game deals, many of which I'll be talking about as my Sealed Game of the Week in each post.

Selaed Game of the Week - Tetris on Gameboy

This week I've chosen my 90's Gameboy edition of Tetris. It's not only an iconic title, but also still eminently playable. I acquired this from a well know german collector who i have dealed with many times. In this case the german collector wanted a game I had so we work out a deal and Tetris was used as a part exchange for one of my games. Today, this has a market value of around GBP70 - GBP90 in mint condition.

You can support Steph by buying Sealed Game Collecting Community