The Early Bird Gets the Game 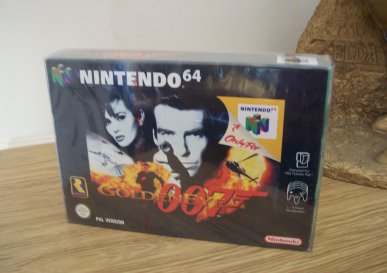 I'm often ask about which games are the best to collect. This depends why are you are collecting. For some it's about archiving their personal favourites. Others collect sealed games becasue they want to preserve the best games in unsoiled condition for generations to come. Other do it becuase of how much these sealed games are worth.

Older consoles are usually seen as more collectable because they are much harder to find. Certainly there, not huge values on current generation games, but an investment now can quickly grow in value. At the moment I'm collecting Xbox 360 games as well as the older consoles. Here I mostly go for the Limited or Collectors editions and I usually pre-order them so not to be disapointed. I also buy some sealed Wii games but only the first party ones , like Mario and Zelda.

I have managed to get hold of most of the Limited and Collectors editions for the Xbox 360, but there are so many getting release these days that it is becoming hard to keep up. This can also cost quite a bit as well, so i just try to buy the ones i like.

I still have a soft spot for the N64 , the last cartridge based console. There are some great games for this like Goldeneye and Mario 64 . Also there was a lot of different editions of the console released like the one with Mario included and the 2 different Pokemon edition consoles. All very tempting to a collector.

We will see a snowball effect in terms of how much these games are worth.

We are still some way from a golden era of Sealed Game Collecting, I think the the hobby is still in its early stages and is bound to grow and become more popular as time goes by. And as it does we will see a snowball effect in terms of how much these games are worth - so my tip is to get in early.

Selaed Game of the Week - Goldeneye on N64

My sealed collector's game of the week is Goldeneye for the N64 by Rare. This is still one of the best games of all time, a true classic. I bought this on ebay about 2 years ago for over GBP 100, today in mint condition it is worth upwards of GBP 200.