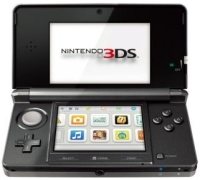 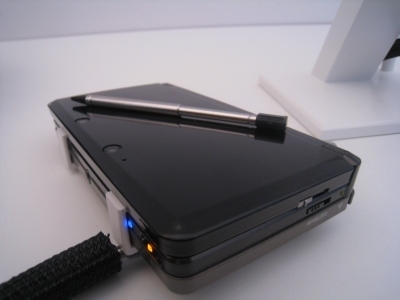 Nintendo's 3DS looks great in my bag but doesn't have many games I want to play yet. The 3D looks beautiful but its reduced viewing angle and incompatibility with horizontal book style gameplay is a real turn off.

Being something of a reluctant gamer, I was happily oblivious to much of the 3DS hype until recently. With my husband a jobbing games reviewer though, I can't help inadvertently picking up a vague idea of what's hot in the world of gaming. With the kids and my other half more than a little excited about trying out some 3DS's for the weekend, I was actually quite curious to find out what all the fuss was about.

Being passed the shiny aquamarine blue clam shell I initially thought it was just a new DS colour. It's a very similar size and shape -- perhaps a little boxier round the edges. It reminded me of the DS lites we used to have that had a plasticy sheen that attracted fingerprints even seconds after wiping.

Looking a little closer and I realised this was actually quite different. The buttons round the back of the case were metal rather than plastic, and the whole thing felt a lot more solid and slightly heavier -- as if there were more things packed inside. It also has two cameras on the top of the case, like on the DSi but positioned in the middle. The whole thing was nice to hold and felt like a good fit in my hands. It's the sort of thing that is nice to open and close, like a well engineered kitchen drawer, just for the feel and sound of it the action.

While I can't imagine myself pulling it out to play waiting at the Surgery or in a queue at the Post Office, it would happily look at home in my handbag. The colour and feel of the 3DS could just as easily conceal eye shadow and mascara as it could the latest videogame novelty.

While my husband and the kids played Pilotwings Resort and Pro Evolution Soccer 2011 I snuck off with mine to work things out for myself. I like to fiddle with things without having someone over my shoulder suggesting I do this or that.

I think 3D should default to off so that parents or older players have to enable it.

I've not used the DSi all that much, but the 3DS felt like an upgraded version of its menus and buttons. I think the screen must be better as it seemed to fit more icons on it at one time. Like the DSi you could arrange the different games how you wanted by dragging them around, change the brightness and set things up like Internet access from the different menus. I'm not sure why it needs the Internet as I couldn't imagine reading my favourite sites on it when I have my iPhone handy (I discovered later you could download games and play against people online, but still not things I think I'd ever do with it).

The one thing I had heard about the 3DS beforehand was that you had to be careful with the 3D display and children with developing vision. There is a safety warning on the menu screen to warn you that children six or younger may damage their vision if they use it too much -- more than a little concerning. 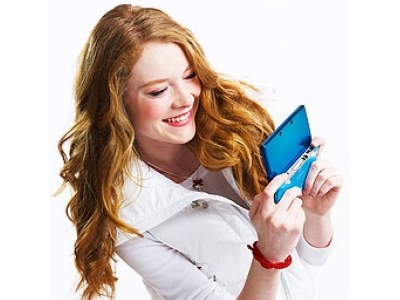 Having read this I spent some time in the parental controls figuring out what I could do to make it safer for the kids to use. I found a setting that lets you disable the 3D function so that a password has to be entered to launch games in 3D mode. It's a nice feature to have, but I really think this should default to off so that parents or older players have to enable it as part of the setup.

Dipping in for a quick go on Pilotwings Resort it was clear how powerful the 3D feature was, and how this could be damaging to children's eyes. With the slider up high it made me go quite cross eyed and feel a little queasy. Turning the slider down didn't seem to make the 3D any less powerful, but meant I could focus more easily on it and avoid the disorientating ghosting effect.

I tried holding the 3DS this way and realised that the 3D effect doesn't work in this orientation.

I can see how the 3D makes the games look much better (and I'm told that the graphics are generally better than the DS as well), but I couldn't imagine playing anything for a long time with it switched on.

I didn't like how the 3D effects meant only one person could play at a time, and even with it turned off I didn't think the screen was as good as the one on my DSi XL. My favourite way to play the DS is teaming up with the kids to solve problems together. I really like the way that the DSi XL had a bigger screen and wider viewing angle that meant more people could see it at once. I spent a happy week in France playing Professor Layton and the Unwound Future with my daughter each evening. I know there is a 3DS Professor Layton game coming out but I wonder if we'd be able to play it in the same way, even with the 3D effect switched off.

The other games I've enjoyed on the DS are Hotel Dusk and Last Window. They are like playing a slowly unfolding thriller or murder mystery, more like reading a book than playing a game. A big part of that whole feel is that you play these games with the DS held sideways, as if it was a book. I tried holding the 3DS this way and realised that the 3D effect doesn't work in this orientation. I expect this will make this style of play unlikely to continue which will make me less likely to play it I think. 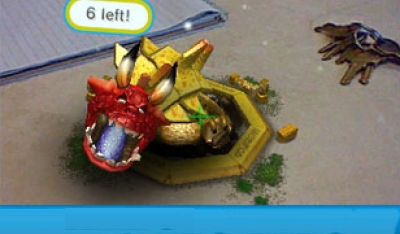 If I'm honest I can't really see what all the fuss is about. The 3DS does look shiny and new, but the games don't seem all that different to me. One think that I did like though was the augmented reality AR Games that use the camera to generate minigames games on your kitchen table. It made me laugh to see a little box with legs popup in front of me that I could shoot. I hope the 3DS has a lot more of these sorts of games because although they seemed to be something of an afterthought they are much more exciting and imaginative than anything else I've seen on it. Perhaps it should have been called the ARDS my five year old son suggested.

I'm just not sure why I need it at the moment.

I'm not really sure why the 3DS is so much more expensive that the DS. I like how it looks and feels and I kind of want it to be something I'd use, I'm just not sure if I would. Like the DS, it will probably take me a while to get into it though. I thought I'd never use that until I came across the novel little Professor Layton games and mysterious hand drawn mysteries of Hotel Dusk and Last Window. There seems to be plenty of launch games for the more avid gamers (Street Fighter IV and Pro Evolution) and youngsters (Pilotwings and Nintendogs) in our family but not much for me.

It's all put together very nicely and looks beautiful, I'm just not sure why I need it at the moment.

You can support Josie by buying 3DS