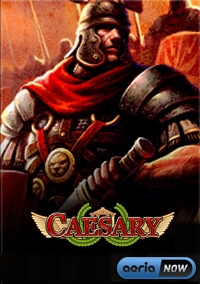 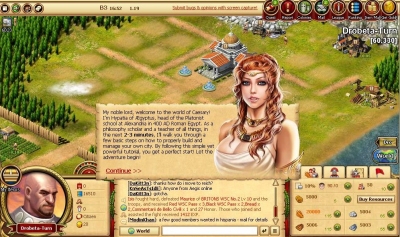 Caesary looked like my sort of city management game, but quickly turned into all out war. What surprised me was how I was drawn in, so it quickly became my latest eclectic gaming obsession.

Against my better judgement, I was sucked into browser MMO Caesary earlier this month. It started out as a fun, casual hobby but soon twisted into a bitter tale of obsession, woe and regret.

Caesary is the sister game to Evony, the ads of which you've probably seen everywhere; that scantily-clad woman with heaving bosoms begging you to "Come play, my lord." Despite the advertising, these are basically cut-down versions of Civilisation - build your city, build your armies, attack the other factions. There are no bosoms.

I'm not a conqueror by nature. The idea of measuring my self-worth by the number of people I've beaten into submission is completely alien to me. My life revolves around making small but continuous improvements to the world around me.

I really enjoy helping people collaborate to achieve bigger and better things than they could do on their own, so I became a project manager. I can't watch shows reality like The X-Factor - I hate the way they trade on making fun of people's shortcomings.

I play RPGs for the stories and escapism. I play The Sims 3 for hours on end. I thought the battle modes in Black and White were a tiresome distraction from training my pet to poo in the village store. So the idea of a free online city-building game looked perfect for me.

But I was so wrong.

Caesary isn't about city-building at all. It's about conquest, plain and simple. The city exists purely to feed your troops and without a guild, you are meat for the grinder.

Now it's running constantly in my browser and it's all I can do not to flip over right now and see if there's anything to do.

I casually rolled in thinking I could spend a load of time and money on some fortifications, join a friendly guild and then just sit there chatting while my peaceful inoffensive city racks up the tax money.

It started as a few checks throughout the day - maybe I'd log in the morning, kick of a few building upgrades, create some jobs for my people and leave. Then, maybe another check mid-afternoon. Pretty soon it was twice in the morning, twice in the afternoon and once before bed. Then every hour. Then every half hour. Now it's running constantly in my browser and it's all I can do not to flip over right now and see if there's anything to do.

Of course there's nothing to do - yesterday I set off an upgrade that takes 40 hours to complete but still, I can't stop myself looking.

While the peaceful city-building was going on, another guild was gearing up for war. Unbeknownst to me, our guild was their primary target. They started hitting us with no provocation, testing our defences. We negotiated a peace treaty to protect smaller members like myself. They broke it within hours, sending a marauding force to smash my defences.

I had no choice but to pack up my city and flee.

I scrambled madly to build up the army but no! All my resources were squandered on building projects. I begged for help on the guild channel. I told them that I had few troops and couldn't defend myself. Within seconds the attackers switched from marauding to colonisation. Wave after wave rolled in, destroying my traps, smashing my barbicans and decimating my troops. I had no choice but to pack up my city and flee.

We have a traitor in our midst. We can't talk openly on the guild channel. Only our guild leader knows where I am. How do I get myself out of this mess?

As I try and unravel how I became quite so addicted to all this imperialistic game play, I'm happy to have it in my ever more eclectic collection.


You can support Clare by buying Caesary