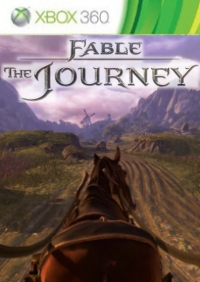 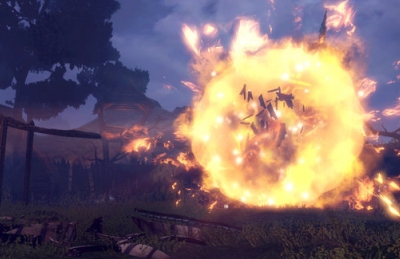 Fable The Journey turns gestures into emotions with an intelligent and whimsical take on Kinect gameplay. It manages to retain enough of the spirit and landscape of Albion to feel like a fully fledged experience.

Fable has always been about relationships and choices. Although at first glance Fable The Journey looks like an on-rails party game for Kinect, a closer inspection reveals something very different.

What I found was a varied experience that although guided still provided enough choices for it to not feel constrained. Like all Fable games you not only shape the game itself by the way you play it, but also your own character. This now includes how you treat the world as well as you interact with wildlife to gain power.

Fable The Journey is also still about relationships. More than that, the one man and his dog team that made such an impact of players of the previous games returns here -- albeit in equestrian form. As you journey through the game you build a relationship with your horse and must care and attend to it if you are to progress well.

I was impressed that the animal had a distinctive will of its own that you need to work with rather than control. Unlike human relationships in Fable, animal relationships require more careful consideraton. For instance, you can choose to lightly tug the reigns with a seated Kinect motion to move forwards, a vigerous tug standing up, or maybe a super laidback gee up sound via Kinect's voice control.

Being a Lionhead game there is no surprise that a lot of thought has con into these interactions. I was still impressed at what was essentially a gesture grammar that evloves as you play the game. Real world motions gain meaning and link you to the play-space in a much more direct and engaging way than pressing a button.

This may look and sound like Albion, but the feel of being here is very different.

This may look and sound like Albion, but the feel of being here is very different and that is a testament to the power of simply moving and talking to control the experience.

Gameplay rings through a series of different notes that take in driving, magic battles, exploration and even fishing. The variety here is very welcome, but again its the seamless integreation of motions in each one (and a consistency between the different motions themselves) that makes this such a compelling feeling.

Microsoft have done an excellent job of expanding the Kinect gaming catalogue into the future. But it is the use of Kinect in Fable and Mass Effect 3 that is really started to hint at the impact the controller can have on a particular experience - provide the time and effort is taken at development -- as well as hunting down the new skills required to work with such a theatrical technology.

You can support Andy by buying Fable The Journey