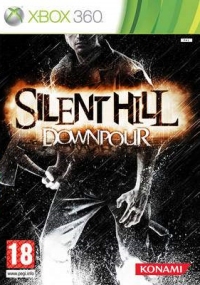 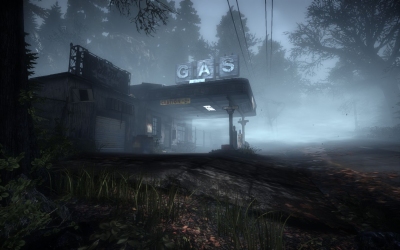 Silent Hill Downpour will be criticised on quality and production grounds, but this is to miss an original and engaging game. Storytelling and character are winners here, and that is of utmost importance.

I shouldn't like psychological survival horror games, I'm not cut out for them and have generally avoided horror films. They just stay with me too much, worry my sleep and unsettle moments alone. While some relish the thought of a disturbing or sickening story of human depravity, I can't get past the shock and fear of it all.

However there is something about a horror videogame that intrigues me enough to be able to enjoy the depravity. Both Heavy Rain then Alan Wake succeeded in getting me into their horror-full worlds where films had failed. I could appreciate the timeless human themes uncovered by these games, questions of our ultimate identity what we are capable of.

Silent Hill: Downpour promised to be another notch on my bedpost, updating the series' supernatural frights and shocks on PS3 and Xbox 360. You play Murphy Pendleton after his prison bus crashes in a deserted wood killing the other passengers and driver.

The premise is the same as ever, a seedy past colliding with an uncertain future to create a terrifying present. The point of collision is Silent Hill, and as ever we find ourselves stuck in the middle of this accident in slow motion.

This particular car crash has a different feel to previous Silent Hill games though. Development has passed to newcomer Vatra Games, the score is not the usual work from Akira Yamaoka but instead comes from Daniel Licht of Dexter fame. Even the location that ties the games together is different as we head off into uncharted areas.

While this obtuse approach can be hard work for fans of the series, it is much more successful in the storytelling. Rather than the usual videogame box ticking plot construction, Silent Hill keeps Pendleton's history just off camera only hinting at what had happened before we take control. It's a brave move that isn't scared of leaving the player frustrated, only adding more detail as the narrative requires it.

An unusual and at times surprisingly grown up survival horror game.

This grows in the telling, and we again find Silent Hill shaping its real-world and surprisingly unsettling other-world cauldron to Pendleton's past. More often than not this focuses on the choices you are making, with more than half an eye on the similarly watery horror Heavy Rain. Saving or abandoning individuals you discover in Silent Hill at first feels like any old videogame device, but Downpour manages to turn the knife after these decisions so they hang over your progress.

Combat is again different to what we're used to in Silent Hill. Firstly there is a constant scramble for weapons as they rapidly degrade and eventually break, this adds a Dead Island style role play feel to proceedings as does the scarcity of firepower. The rain mechanic adds to this tension as it increases your enemy's ferocity the harder the downpour becomes.

Some will complain that these elements combine to create a confusing mess. I found it quite the opposite though. While there is no denying that the combat is an awkward scramble for survival that relies on fortune as well as skill, this fits perfectly with the tone and tenor of Downpour's nightmare experience.

You become acutely aware of Pendleton's cumbersome attempts to protect himself. Stumbling between a real sense of loss of control and thrashing desperately to delay the advance of my would-be perpetrators is an experience that has stayed with me long after playing.

It's moments like these that make me happier to play, rather than watch, horror. The tension of control (or lack thereof) matches the shocks and fights of the plot and let me relish rather than retreat from the action. It lends the experience a much deeper sense of human frailty and frightening stubby fingered impotence in the face of such unrelenting violence.

An unusual and at times surprisingly grown up survival horror game.

This catastrophic connection to the world is bedded down with deeper interactions than previous Silent Hill games. Not only do you need to bash through various doors and broken buildings but you can use hooked sticks and other objects to gain access to out of reach areas -- head height fire escapes for instance. You can also complete side-quests like returning stolen objects and freeing trapped animals. Small things like this underline the reality of the world you play in and make the fights more shocking when they come.

Whether Silent Hill Downpour is for you depends how forgiving you are able to be with visuals and production, that undoubtedly falter from time to time, in favour of interesting characters and unusual storytelling. For some, and most other reviewers seem to be in this group, it will all be too much to swallow. However, if you can look past these shortcomings there is an unusual and at times surprisingly grown up survival horror game.

You can support Andy by buying Silent Hill Downpour