3DS Does More than Expected

3DS Does More than Expected Article 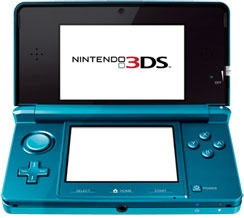 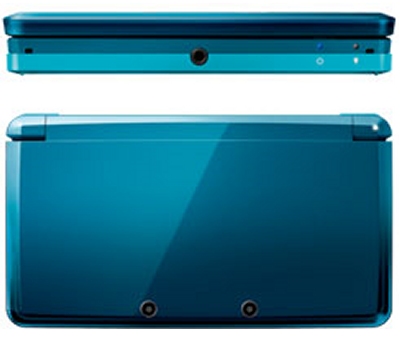 3DS impresses with a fleet of 3D features, more power and wide range of first the third party games.

We already knew that the new DS was called 3DS and would offer a convincing 3D game experience without glasses. But we didn't expect the 3D features to extend to 3D High Definition movies, or to be able to take 3D picture with dual front facing cameras.

And before trying it we were also a little skeptical of how powerful a 3D effect could be generated with a flat 2D screen and no specs. But seeing it first hand and turning up the 3D control slider is surprisingly impressive - night and day.

The 3.5 inch 3D screen is kept to the top, leaving the bottom for the usual touch interface. Although the point was a little laboured, the fact that only the bottom, non-3D, screen is touch sensitive to avoid finger marks on the top 3D screen made some sense. Still, it would have been nice to interact directly with the 3D display.

The footprint of the device as a whole looks similar to the DSi, with a shiny Black, Cyan or Red finish. The D-pad has been lowered to make space for an analogue stick. Here is seems a little odd that only one analogue stick is provided - after the complaints about the PSP's lack of a second stick that is essential for most first person games. Also, the off kilter D-pad and X/Y/A/B buttons may make it less comfortable for left handed players.

Other than the larger top screen and analogue nub the design has been kept in line with the DSi. This ensures that DSi games can be played as easily on the 3DS as the native handheld.

The system was also said to had a sleep Wi-Fi feature that would let data be transferred to and from nearby 3DS's without them being turned on - just in sleep mode. This would enable updates, items and other information to magically appear when you return from a journey.

Of course we would expect the 3DS to be well support by Nintendo, and indeed they have an impressive lineup: Nintendogs/cats, Kid Icarus, Zelda, Mario Kart, Animal Crossing and Paper Mario. Perhaps more surprising though is the list of games from third parties that will be coming to the 3DS: Resident Evil, Metal Gear Solid, Kingdom Hearts, DJ Hero 3D, Golden Sun and Super Street Fighter 4.

You can support Andy by buying 3DS Does More than Expected