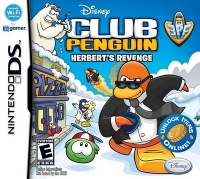 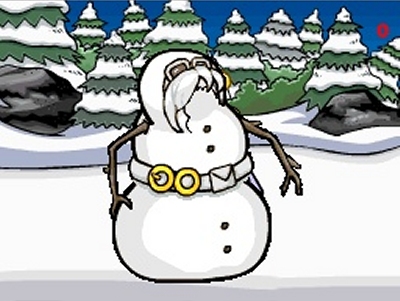 Penguin Club Herbert's Revenge lets kids take their Disney MMO with them where ever they go. Connected, interactive and a lot of fun - this is a seriously well thought through proposition.

For a certain age-group, as well as Disney's coffers, Penguin Club is a big deal. This is no bad thing though as there has been the sort of investment here that would normally go into more grownup games on home consoles.

Penguin Club Herbert's Revenge lets you continue adventures from the first game as an Elite Penguin Force Agent. Under the cartoon art and music there is a point and click adventure. You have to solve a range of new mysteries and missions as you work through the overarching adventure that encompasses a variety of minigames.

Players who also engage with Penguin Club via the brand's Website can again earn coins in the game to unlock special items online. My kids found this quite a badge of distinction amongst their friends to have these items only available to players who had prevailed on the DS.

If you played the first Penguin Club game you already know what to expect here. You navigate through scenes from the online Club Penguin world picking up gadgets and items along the way. The story this time around is that Herbert the vegetarian polar bear is trying to take revenge on Dot, Gary, Rookie and the gang. You play as a Penguin Secret Agent to save the day.

Add the Club Penguin brand to the solid production and sensible design and you have a game that is ideal for players 12 and under.

Building on the range of locations and games from the first game, Herbert's Revenge adds new disguises, mini-games and puzzles. There is also a greater degree of connectivity with the online world this time around not least with a host of new coins to discover.

Stand out modes so far look to be Happy Feet where you donned a range of made up disguises to Herbert's revenge. Ice Capades offers a range of touch screen minigames as players traverse caverns and underwater locales. March of the Penguins enables you to unlock special areas by connecting to your ClubPenguin.com account from your DS - this also promises to provide extra missions and levels.

Some families may find the single play slot a little limiting. We ended up working out a system for our kids to share a saved game but it did cause a few arguments. There were also a couple of points in the game where we seemed to get stuck and had to reboot before being able to continue. But even with these niggles the quality of the title as a whole is such that it is hard to complain.

This could teach World of Warcraft a thing or two about joined-up -gaming.

Add the Club Penguin brand to the solid production and sensible design and you have a game that is ideal for players 12 and under. Anyone who has even a cursory interest in the Club Penguin MMO site will have plenty of fun here. It's like a miniature version of the big game in your pocket - and one that can earn you points back on the site. This could teach World of Warcraft a thing or two about joined-up-gaming.

You can support Andy by buying Penguin Club Herbert's Revenge