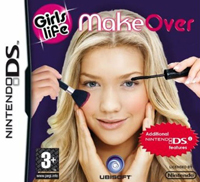 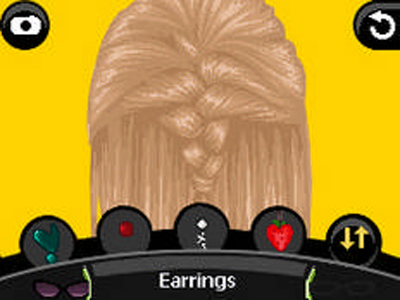 Girls Life: Makeover for the Nintendo DS is a game that shouldn't work, somehow though it still brings the fun. Although it lacked substance and any kind of visual fidelity it didn’t stop my daughter from using the DSi Camera feature to import her face and spend hours having fun with this virtual make-up experience. The challenge modes were brief and shallow and could easily be finished within a weekend but again that didn’t stop her from enjoying the game more than I thought possible.

Girls: Makeover for the DS was a game I agonised over buying for my daughter when she saw it in the shops. I’ve never been a fan of these games that seem to encourage children to get into make-up or beauty products at a young age.

But I obviously caved in after much deliberation and I immediately thought I’d made the right move as the visuals of Girls: Makeover looked really bad. There was no fidelity at all to the blocky faces and the make-up effects didn’t look anywhere near as subtle or realistic as I had feared.

What she seemed to enjoy more were the hours spent creating different looks for her face or those of others. Playing this on the DSi is where the game really came alive.

None of that seemed to deter my daughter and she enjoyed diving into the game’s challenge mode right away, taking on the little beauty mini-game challenges and blazing through them in a couple of evenings. The game builds a good incentive for finishing these challenges with money to spend on new products and even a free sample to try out immediately. It turned out that this reward system was the only reason my daughter enjoyed playing this part of the game. Afterwards she confessed that the challenges were way too easy and short to be really interesting.

What she seemed to enjoy more were the hours spent creating different looks for her face or those of others. Playing this on the DSi is where the game really came alive. Touching up faces from the main game seemed good lightweight fun for her but the ability to take a shot of yourself or of Mum and Dad is where my daughter got the most out of the game. She could spend ages sorting out the makeup on a picture of herself, refining and getting the look she wanted down to perfection. Or spend a few minutes making me look like Madame Knickerbocker from Cbeebies Gigglebiz. I can't say that I was awfully flattered by the end result but it was entertaining to her at least.

My daughter found the overall game a fascinating insight into makeup and facial beauty.

I won't pretend that this is a good way to deflect any attempts my daughter might have of doing make-up for real. If anything its encouraged her to ask us if she can start putting make up on her real face and getting some appropriate products for her age. It's something I thought might happen if I let her play this game but it was likely to happen sooner rather than later anyway. In that respect the DS game prepared us for this eventuality more than it encouraged her.

Though the challenges of Girls Life: Makeover were very short and not particularly interesting, my daughter found the overall game a fascinating insight into makeup and facial beauty. I have to say that the visuals were pretty poor but nothing it seems stands in the way of children and their own creativity and imagination. She loved the use of the DSi camera and although this game isn't up to the same quality as Hair Salon with that particular feature, it was still an enjoyable experience for her.

You can support Andy by buying Girls Life: Makeover