Percy Jackson and the Olympians: The Lightning Thief DS 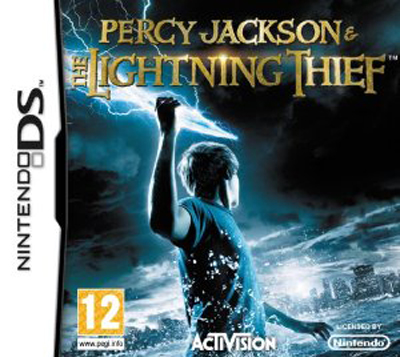 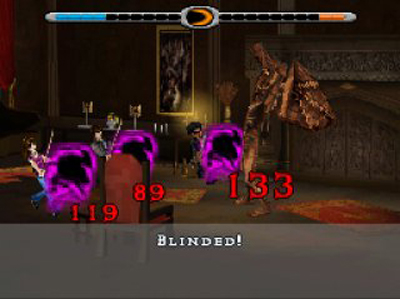 Percy Jackson and the Olympians DS risks role-playing mechanics that demand a lot of work from the player. To get best value from this Nintendo DS game you need to be a big fan of the books or film as it is otherwise unremarkable.

Though Percy Jackson and the Olympians is closely tied to the recent film, it shares more of a resemblance to the books in terms of art-style and characters. This wasn't a big problem for my family us as we were familiar with the source material and this deviation from replicating the film meant the game felt much more interesting than many other movie tie-ins.

You play as Percy Jackson, one of a group of adolescence boys who discover they're demi-gods when their teacher turns into a Fury and tries to kill them. Percy himself is the son of Poseidon and accused of stealing Zeus' lightning bolt - an offence that sees him pursued by a multitude of inhuman enemies. This will all be familiar to anyone who's experienced the books or films but the game does little to open this fiction to the outside player making it difficult to decipher what’s going on at times.

My son found the strict turn-based system really odd at first, especially after playing so many other games that involved simple platforming or button-mashing combat.

Even as someone who’s seen the films and is familiar with the books I was struggling to make sense of the plot as the game moved forward. Battles and exposition come thick and fast at certain points and it's sometimes difficult to understand the motivations of other characters when so little narrative is offered. It would have been nice if the game had simplified certain passages of the story, especially when the game is targeting players that might not be familiar with the mechanics of Role-playing games and how they deliver story. My son was constantly confused by these passages in the game and ended up ignoring most of the story and concentrating instead on the battles.

These are all turn-based and while I enjoyed this type of system being a big JRPG fan, I wondered how kids would take to a much slower pace of combat than many other games aimed at them. My son found the strict turn-based system really odd at first, especially after playing so many other games that involved simple platforming or button-mashing combat. It took my direction and explanation to keep him interested and when I showed him that the mainstream Pokémon games also had a turn-based combat system he started to get into the game a bit more.

Whereas Pokemon has a level of cuteness and depth that immediately appeals, the only hook to The Lightning Thief is the license tied to it. Fortunately this also appealed to my son and after a few hours of play he had mastered the abilities and strategy that the game had to offer. It helped that moving through the world was a relatively simple process. Picking a star on the map with the stylus initiates some character dialogue and then battle commences.

In the sea of action/adventure platformers it stands out as an unusual example of a role-playing game tied to a film license.

You have a party of up to three people and the moves are a basic collection of traditional RPG tropes; attack, heal and a team-based offensive move for massive damage. Touching the screen with the stylus also adds critical attacks if you time the strokes on the enemies correctly and you can also reduce the damage your party takes by doing the same on your characters. It's a minor addition that keeps the interest going through the battles although my son found it tiresome and boring after a while.

The entire game as a very Japanse Role Play Game (JRPG) feel to it which I actually thought it gave The Lightning Thief its best feature - a unique standing amongst other film-related videogames. In the sea of action/adventure platformers it stands out as an unusual example of a role-playing game tied to a film license. Unfortunately it's just not accessible or deep enough to appeal to the right kind of players.

In the end I felt the game fell between the two demographics it could have appealed to. Younger players will find The Lightning Thief far too complex and unintuitive to grasp whilst older kids will be bored by the game's lack of depth and basic combat system. As a fan of the books or film there's an interesting and different game to experience here but we found it ultimately too mediocre to be compelling.

You can support Andy by buying Percy Jackson and the Olympians: The Lightning Thief