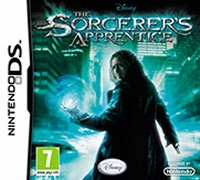 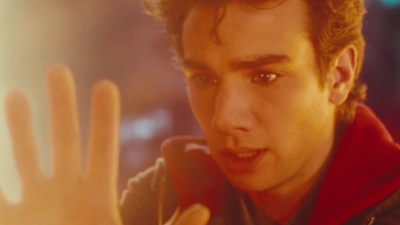 The Sorcerer's Apprentice DS grants your stylus colour coded magic in a game that knows its audience well. Action and adventure without too many shocks was right up our kids alley.

The Sorcerer's Apprentice isn't a film our kids have seen yet. We aren't adverse to PG's but tend to see other movies first. This didn't seem to stop them getting rather excited about the 7+ rated DS game of the same name.

It follows the same story as the film, although diverging here and there. Merlin is killed by his arch enemy, Morgana. But before he dies, instructs his last remaining apprentice, Balthazar Blake, to find his heir. Blake searches until one day he meets Dave Stutler. You take the role of Dave as you fight through Manhattan to become the rightful heir.

The game is essentially an action adventure where you work your way through the six levels using spells. These clear your way of monsters as well as solving particular puzzles. As you progress more spells are granted - each with its own colour.

My kids were a little stuck until they realised that you need to match the selected spell with your enemies aura to be immune to them. This, and the range of spell power-ups soon had them on their way.

If you manage to find three power-ups of the same colour, and can complete a minigame you can activate a new magical power.

As well as the single player mode, their is a Pass the DS multiplayer. Each person has an allotted time in the game before passing it onto the next person. Up to four players can compete like this.

The younger gamers in our house found the pacing just right.

The action is all viewed top down, and seemed to be clear enough for the kids to follow without asking for help. You control the game with a combination of buttons and stylus. The touch screen is used to trigger spells, which watch have their own gesture.

Although our oldest found the game a little slow, the younger gamers in our house found the pacing just right. For them the repetition seemed to be a bonus rather than hindrance.

Even without seeing the film, we largely enjoyed our foray into its world via the DS game. In fact we have booked in next weekend to catch a late showing of the film at a local picture house. Praise indeed I would say.

You can support Andy by buying The Sorcerer's Apprentice