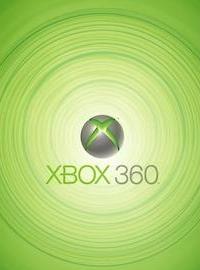 Microsoft continue to connect the dots with impressive commitment and healthy innovation on their hands free controller. Their E3 press conference may not have many surprises but it reflects their sure and steady broadening of not just the 360 but their Xbox media brand in general.

The tone was one of confidence throughout the hour long presentation. Sitting watching with the 360 faithful made it clear you were in safe hands here. Halo 4, Kinect Sports 2, Ryse and Mass Effect 3's voice control were high points as their told their hands free gaming story one more time.

At times the rhetoric overreached itself, like having "the best story tellers in the world" when in fact what they generally showed were exquisite interactive experience rather than top-draw narrative. Other-times they seemed a little schizophrenic, following their interesting proposition that "There's more to fun and games than fun and games" with "Xbox will always be about games."

It seemed that everyone in the room was happy to forgive these rough edges though when so many interesting new propositions and extensions of existing ones were on the table.

This starts with a refreshed and fully Kinect-ready interface for the 360 that extends voice control from a few choice commands to all the media and gaming features. While the visual style continues the family likeness with the roundly well received Windows Phone 7 interface (read: cute foldy boxes), navigation can now stem from a host of new "Xbox..." spoken commands.

It's functionality that leads the way for other additions to the Xbox media beachfront - Live TV and Bing's cross-media search. The former enables you to watch Live Sky TV and YouTube with a few choice "Xbox..." commands while the latter provides matching movies, TV shows and games for a particular spoken phrase.

The greater sense of connection granted to Mass Effect 3 from speaking was instantly palpable.

The Kinect theme continues with their announcement of new Kinect games and extended support in existing titles. This ranges from existing casual games like Kinect Sports Season 2 which see six new activities (including golf, tennis, darts, skiing and American football). Then EA announced their committed to include Kinect controls in Tiger Woods, Madden, FIFA and other titles (although it's unclear if this is in the main game or an adjunct motion mode like Virtua Tennis).

All this I could have predicted beforehand. What I wasn't expecting was the advancement and wider adoption of Kinect's voice control. The greater sense of connection granted to Mass Effect 3 from simply speaking your conversation choices rather than pressing a button was instantly palpable, and being able to assign voice orders in battle felt like a genuine interactive step forward.

The Kinect war-chest was topped off by a range of brand new games. Kinect Star Wars, Fable The Journey, Kinect Disneyland Adventures and Sesame Street: Once Upon a Monster. These are the third party family friendly experiences that have been a little slow in arriving. Now they are here it is impressive to see how polished they are, and the obvious level of commitment from Disney, Lucasarts and Doublefine is impressive.

Fable The Journey and Sesame Street: Once Upon a Monster are the most interesting games of the bunch. Fable in particular was interesting as it works Kinect's motions not just for easy controls, but to create an emotional connection between the player and the game. This and Kinect Sports 2 visible increased the vocabulary of gestures players could work with. For the first time it felt like Kinect was creating a new interactive grammar rather then just lowering the barrier to entry.

Fable works with Kinect's motions not just for easy controls, but to create an emotion.

The other new games, like Disney Kingdom and Star Wars, were still strong contenders but mostly had the feel of Dragon's Lair meets a Roller coaster fine -- plenty of flying, swaying and jumping going but in an on rails fashion. The kids will enjoy these I'm sure, but there isn't as much to keep me interested which unfortunately means I'm less likely to play with them for extended periods.

Moving us into more hardcore Kinect territory, something clearly on Microsoft's todo list, was Minecraft and Ryse. Ryse is the newcomer here and was introduced with an epic opening about the quandaries of justice and power in ancient Rome dials down to a bloody hand to hand fight. But again the trump card is Kinect. I was uneasy with the visceral combat with head buts and stabs controlled by real world motions -- but this is as much to the credit of Kinect's ability to involve you in the theatre of the game as anything negative.

Having shifted firmly into hardcore gear now there were a series of other exclusive announcements. Halo 4 was the biggest bullet here (and one left until the very end) which although has now parted ways with creators Bungie starts a new trilogy of games with fresh blood at the helm. This was twinned with news that the original game Halo Combat Evolved will be getting a make over and making its way to the 360 in a release that celebrates the franchise's anniversary.

Gears of War 3, Forza 4 joined Halo to complete a trinity of exclusive 360 games. In amongst all this was interspersed various impressive non-exclusive games like Modern Warfare 3, Mass Effect 3 and Tomb Raider, before rounding spending a little time on 360 exclusive titles.

Microsoft continue to do right by what they have created.

I left the press conference feeling that Microsoft had done the right thing (a phrase that stuck with me from their ethos in developing Microsoft Office). This may sound a little bland, and oh my god he mentioned spreadsheets in a gaming post, but it's genuinely this that makes Microsoft such an exciting player in the gaming space for me.

With their hardware, with Kinect, with XBox Live and with their games Microsoft continue to do right by what they have created. This may not always be the most headline grabbing approach, its something I appreciate and was again reminded of as the press conference drew to a close with Tim Shafer's settling easy presence on stage underlining how important this long game really is.

You can support Andy by buying E3 Microsoft Kinect