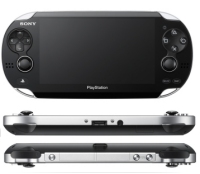 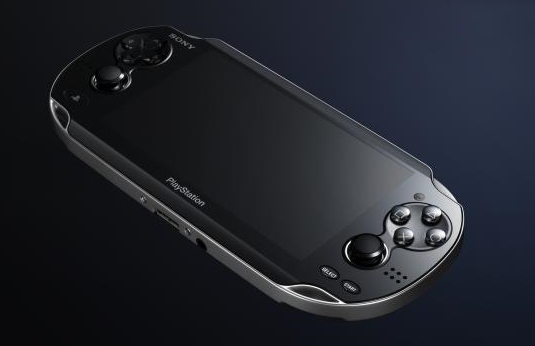 The beefy PSP2 blazes into sight and still manages enough surprises to blow the rumours away. Codename Next Generation Portable (NGP) offers continuity with the PSP in footprint, if not in name. PS3 visuals, a bigger screen, touch screen, proper dual sticks, cameras and location technology will excite the hardcore, but for family gamers Sony still has work to do.

It is all too easy to dismiss the success of the PlayStation Portable. Sony may have struggled to deliver the depth of gaming catalogue and range of experiences of the Nintendo DS, but they have firmly established themselves in the portable gaming space.

The PSP, which went through a number of iterations (PSP-1000, PSP-2000 and PSP-3000) each with improved features, battery life and reduced size, was much more powerful hardware than Nintendo's diminutive console and appealed to a very different sort of player. To that end, it is still performing well amongst hard-core gamers in a variety of territories - and even outselling the DS in Japan.

The 3DS is a firm move by Nintendo to encroach on this hard-core territory. Their new machine not only boasts high end features like a 3D screen and improved visuals but was also willing to pay for these with a greatly reduced battery life - something of a touchy subject for more casual players.

The announcement of the PlayStation Portable 2 PSP2 (codenamed Next Generation Portable NGP for now) is more than a little timely. It, of course, had been rumoured and expected for some time now, but less anticipated was just how much of a technical jump the machine was going to be. 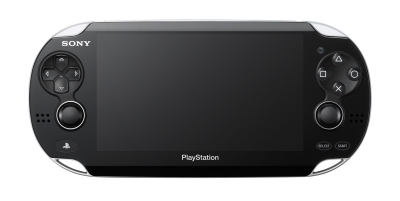 Also unexpected was how much continuity there would be between the new machine and the original PSP. Sony is still deliberating over a name for the device (and here it feels a little like their announcement was forced by Nintendo's new machine) but there is no doubt that it will be perceived as the next PSP. In fact, the physical footprint of the machine is so similar that more casual gamers (ed: like my mum) may not distinguish it from a bog standard PSP.

Turn the system on though and this all makes more sense. In terms of sheer visual horsepower the PSP2/NGP is simply head and shoulders above any existing handheld technology, 3DS included. Although it's not actually punching the equivalent PS3 power that was originally touted, scale the output in relation to the screen size and it actually gets pretty close.

And that screen is as magical an experience as was first seeing the original PSP. A generation later and we move from the 110mm of the PSP (97mm of the PSPGo) to 127mm on the PSP2. Combine this with the move from the backlit LCD screen to the self-lit OLED screen and games will be rendered with some eye popping intensity.

This means that the device is a bit bigger that the already chunky PSP, and that's before you add a case to protect that beautiful screen. It's not massive by any measure, but only just fits in a Jeans back pocket - if you are taken to use the device as liberally as the lifestyle photos would have you.

Sony can't afford to entirely walk their own path with technology choices here though. Nintendo and Apple's success is perhaps reflected in a raft of tactile and locational interfaces on the new device.

First of all in Apple territory the PSP2 offers a multi-touch Capacitive front screen that, like on the iPhone, enables players to control things with just their finger. Again along similar lines to the Apple device is the GPS and Wi-Fi location services that will allow games to detect where the player is located. These phone-like features are rounded off by the inclusion of 3G support, although nothing has been said about making calls. Sony is doubtless keen to avoid muddying the PSP2/NGP waters with comment on the rumoured Sony Ericsson "Xperia Play" PSP phone. 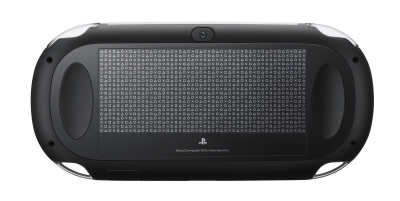 Back in Nintendo territory, the PSP2 has a capacitive touch pad on the rear that can be used to trigger in game actions as well as detect how the player is feeling about the gameplay through their grip and pressure. Along similar lines too are the duo of cameras, one front facing and one at the rear. This is joined by the DS-like microphone and motion sensing - both accelerometers that detect movement and accelerometer for orientation. Finally, Sony is mirroring Nintendo's cartridge game system by continuing the PSPGO's move away from UMD with a new flash-based memory card for games on the PSP2.

Perhaps the most significant change of form factor is in more conservative territory though. The PSP2/NGP finally delivers true dual analogue sticks. Both the PSP and 3DS have danced around this first person control issue without really grasping the nettle. The PSP2/NGP offers gamers two proper analogue sticks that shadow the two Direction pads and protrude out from the shell to offer true tilting motion rather than the lateral movement of the PSP or 3DS's direction nubbie. 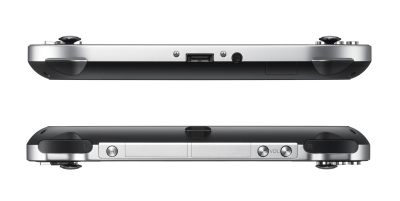 It all adds up to a (quite rightly) headline grabbing announcement from Sony. There is a lot to be very excited about here, in particular for hardcore gamers. This is bolstered with an impressive array of first party published games on the system. We have already seen a PSP2 version of Uncharted running in impressive style and are promised all the big names like Motorstorm and Killzone to join the lineup before the Christmas launch - which if it sticks is a big story in and of itself.

Moving into more family territory though, there are a different set of concerns on the table that are yet to be directly addressed. Price is of course a big concern for all, but particularly for families that are less likely to pay over the odds to early-adopt new technology on the basis of potential.

With the PSPGo and PSP-3000 currently around GBP 150, and the PS3 Slim coming in at GBP220 it looks likely that the PSP2/NGP will be in the region of GBP299. Unless Sony is more aggressive with this pricing it will take a while before they can make inroads with families while all the time the 3DS will be cheaper and potentially more attractive.

Another important aspect for casual gamers (in my family at least) is battery life. I'm still reeling from the short playtime on the 3DS - currently touted at around four hours for 3D gaming. All that extra horsepower and bigger screen will no doubt take its toll on the PSP2/NGP battery. Dropping the power sapping UMD discs should help a little. Anything below two hours will raise real questions about whether this is really an on-the-go portable device, rather than just a handheld system for home use.

Backward compatibility is also important for family gamers. Casual players are after something with longevity. A key part of this puzzle is how well a device honours previous purchases of older games. Nintendo are a mixed bag here. On the one hand they offer good compatibility with the previous generation's games (DS supporting GBA and 3DS supporting DS for example) but on the other they often expect players to pay again for older games - like on the Virtual Console and Virtual Handheld.

The PSP2/NGP is said to honour digital purchases made on the PSP and PSPGo. If the is can also provide a robust way of getting old UMD games onto the system (better than the troublesome technique offered with the PSPGo) it could steal the initiative here. Add to that a way of purchasing a wider range of older classic games from the PS1 and PS2 back catalogue and the appeal to families will increase greatly.

Perhaps the biggest issue for families comes from the PSP2/NGP's ability to liberate gaming from big static screens. The recent traffic of gamers moving from the bedroom to family rooms with systems like the Wii could well be reversed with a console experience you can play anywhere.

In this light, the external output the PSP2/NGP offers is of more interest to me. If it provides a standard HDMI out (like the recent Nokia N8) this would enable families to plug the experience back into their TV and share these otherwise solitary experiences. The best moments and replays, if not entire games, could be easily shared with the rest of the family. 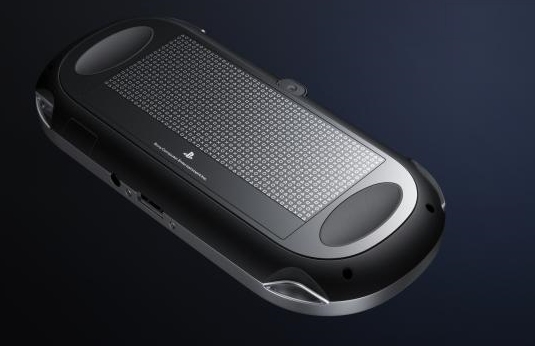 Add to this the possibility of using a PS3 Dualshock controller with it (like you can with the latest PSP firmware) and you could almost replace your home console entirely. This would have the side benefit of justifying the cost of the device too. Not only would it function as a handheld and console, but could also leverage the PSP2/NGP's multimedia features.

Many of the PSP2/NGP details could have been foreseen. But beyond the hardcore habit of second guessing platform holders, the actuality of an announcement makes the system suddenly more tangible and exciting. The sense of continuity with what has gone before coupled with a genuine step into a new generation of gaming that blurs the handheld-console divide is mind bending.

This is of course what Sony does best: stretch the imagination with devices that deliver the cutting edge of technology. This much was a given, but what is more critical to the PSP2/NGP's success is how well Sony can support it with games that put flesh on their "console gaming on the go" message.

The device feels like a watershed. Unlike the 3DS which extends portable gaming as something separate to home consoles, the PSP2/NGP looks to reunite handheld and console experiences. The irony here is that if Sony is successful, they may be sowing the seeds that sound the end of the home console.

Like the decline of arcade machines when home consoles started matching their horsepower, could we see a similar decline in TV-centric experiences in favour of on-the-go play in coming years? Whatever happens, it will be exciting to be part of the gaming future that now has the potential to unfold along unexpected lines.