The force is strong with this one. With it's potential for Star Wars characters in game and as toys, Disney Infinity is an interesting new game for Lucasfilm fans from Disney Interactive. It promises to bring a Skylanders-style experience, based on Disney movies and characters. In this series of FamilyGamerTV special episodes, we get hands-on with the figures and the game to see what is in store for Summer 2013.

With many readers telling us how they often swap Skylanders in the playground it's interesting to see what Disney Infinity has to offer by comaprions.

We got an early look at the toy figures themselves and bring you a really close analysis of the design style, feel and look of the characters. In this FamilyGamerTV special, we show you the starter pack figure, Sully (Monsters Inc.), Jack Sparrow (Pirates of the Caribbean) and Mr Incredible (The Incredibles). We also look at the portal and play-sets.

The Disney Infinity announcement trailer itself contains a wealth of information and hints as to the content of the forthcoming game. In this special FamilyGamerTV, we discuss the trailer's content and our expectations for the game.

In the second of three hands-on looks at Disney Infinity, we get the chance to see the first level of Disney Infinity's Pirates of the Caribbean level. 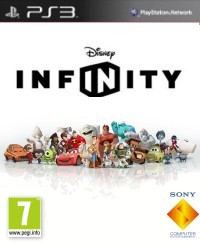 In This Week's Show

We look at how Disney Infinity enables you to choose when to swap characters rather than Skylanders that force you to find a new character once the current player has run out of health.