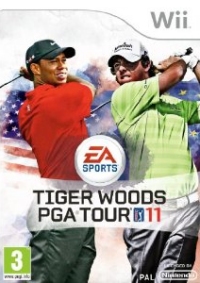 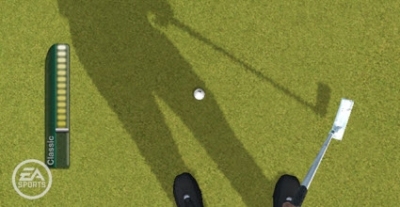 Tiger Woods 11 Wii adds depth and fidelity to their MotionPlus enhanced real golf swing. This creates an experience that combines the best of previous versions, and offers something a little extra for golfing experts - video gaming and real world.

Sports games recreate a wide variety of real life competitive games. Depending on the sport, these will either have an action or strategy focus. Popular sports games are often released on an annual basis, each year the game receives new player rosters and game improvements.

Tiger Woods 11 takes the improvements and iterations from previous games and adds a layer of depth. Like last year MotionPlus allows the game to take account of a one-to-one backwards and forwards stroke and calculate the resulting swing as well as captures the rotation of the controller to work out draw and fade. In addition, at the highest setting, Tiger Woods 11 now takes account of the path of your swing to determine an overall direction adjustment as well as feeding into draw and fade.

It also introduces a first person view. Here you swing at the ball from the perspective of the player. It's an unusual move and feels a little odd at first - particularly without a real way to control the depth of the club - but does make the game feel more realistic.

This year also see's more minigames, the return of Disc (Frisbee) Golf as well as a new Minigolf mode. This, along with an improved online experience and Ryder Cup mode makes the Wii version of the game feel like the main offer of EA's brand.

The game can be played without the MotionPlus add-on and some may opt for this cheaper option. The controls are still generally improved even without it, but the high end swing drops the sense of fidelity MotionPlus brings.

The result of theses controls is a game that feels natural and responsive to play. With the inconsistencies resolved and fidelity dialled right up Tiger 11 responds to small improvements in grip, stance and follow through.

The Wii-mote needs to be handled with respect, and feels more like a sporting implement than a plastic controller. Tiger Woods 11 is one game where waggle makes sense - and with MotionPlus there's a fidelity and sense of touch that is almost magical.

The game that wraps around the controls fleshes out the experience with visuals and commentary that speak as powerfully of the game's appreciation of golf as the controls. Spending an evening with friends playing this leaves you with the feeling you have really been playing a game together - rather than wasting time with a videogame.

As in real life a full round of golf with a few friend can take the best part of three or four hours. You can of course play a front or back nine, but this game is best served by longer sessions. The career mode lets you save midway through a round which helps those who want to jump in and out at opportune moments.

The All Play controls are still present and mean that novice or young players can still enjoy playing Tiger Woods.

Intermediates will appreciate the nailed down consistency and improvements in visuals and atmosphere.

Experts will revel in Tiger Woods 11, and even the most experience will need plenty of time to master the advanced swing options.

You can support Andy by buying Tiger Woods 11