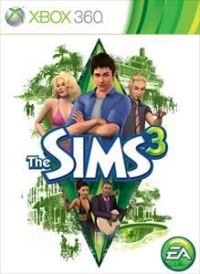 The Sims 3 is a Strategy game available on the PC 360. It can be played in Realtime modes.

The Sims 3 is a Strategy game. Strategy games provide experiences that require quick thinking, and forward planning from the gamer. They combine the unfolding tactics of classic games like chess, with more recent board games such as Risk. Usually focusing on a theatre of war context, players enjoy the tactical overview of the battle these games provide.

The Sims 3 can be played in a Realtime mode. Real Time games are played without opportunity to stop and consider the next move. This creates an experience that is more reaction than strategy based. Sporting, fighting and rhythm action games obviously rely on this style of delivery to work. Other genres, such as strategy or adventure games, can choose whether to be played in turns or in real time. Some games such as Valkyria Chronicles PS3 and PSP provide a turn based strategy experience with real time elements - something that is becoming a popular compromise.

We have our reporters and community keeping an eye on The Sims 3 for you, and we'll keep you up to date with the latest developments as they happen. I reviewed The Sims 3 and bated the gods to answer. Did you hear it? Whatever the case, here's the whole story about the song that drew back the curtain on the games life plays with us.

Here I am in my new studio, enjoying the south facing window and sunlight streaming in. But lets talk about my Sims 3 song. It offered me the biggest range of ideas I could draw on, so I really appreciated that. I liked the idea of the game getting into the hands of aliens who think this is what humanity is really like. But in the end that was too difficult and decided to go with the song being a Sims character complaining to god about his life.
read on...

i think i should 'fess up and point out that before playing the recent 360 release of The Sims 3 i was of the opinion that endlessly fiddling with the most tedious of aspects of the lives of some stupid little computer modelled people represented absolutely the most pointless thing a person can do with their time.

that having been said, i must also and reluctantly admit that by the end of a lengthy spell with it i had completely changed my mind.
read on... To be brutally honest, The Sims 3 doesn't really add anything really new in the intimacy stakes - this is essentially the same game all over. On the surface, The Sims 3 on PC and Mac seem to be all about relationships, but in reality I've come to the conclusion that it is actually about the joys of capitalism and specifically, shopping both virtual and real.

Best described as a 'virtual dollhouse', the first Sims game was released in 2000, and since then there have been countless expansions and a sequel in 2004. The third game in the series, the predictably named Sims 3, was released in June 2009. An expansion back has already been unleashed since then, The Sims 3 : World Adventures.
read on...

The Sims 3 on PC and Mac reports to be a whole new world for your simulated life creations. However, I felt this struggled to feel more than another expansion pack, albeit with smarter graphics and a some interesting new features.

Whenever I used to play Sims games back in the day, it always ended the same way; with me torturing and murdering my Sims in some obscurely horrific manner. Frankly, hand-feeding virtual people and guiding them to the toilet is not my idea of fun. However, the objective-based gameplay of the Sims 3 on Mac and PC, and the life of my character Stuart MacGuffin managed to stay my sadistic tendencies, albeit only just.
read on...