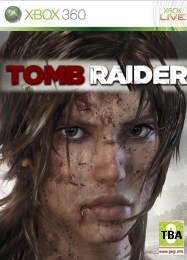 Tomb Raider is a Platforming game available on the 360. It can be played in Singleplayer modes.

Tomb Raider is a Platforming game. Platform games task you with getting from point A to point B. The world you journey through is usually based on different levels, and populated with enemies, switches and lifts to be negotiated. As you work through each level you pick up various collectables that accrue score, special abilities and access to hidden areas.

Tomb Raider can be played in a Singleplayer mode. Single Player Campaign games focus on one player's experience. Rather than collaborate with other players either locally or online, players progress alone. The campaign style of gameplay offers a connected series of challenges to play through. These chapters work together to tell a story through which players progress. Single player games are able to focus on one experience of a scenario, so that it is usually a richer, more visceral game.

Tomb Raider gets an origin story and a fresh new look. The new game, just announced, promises to take Lara Croft to new depths in her struggle to survive.

After the diminutive Lara Croft (XBLA) game comes a big budget Tomb Raider game. But more than just another iteration, this is a completely fresh look at the series.
read on...

Tomb Raider, the series' reboot from Crystal Dynamics, offers a gritty character-driven route into the Lara Croft history and has in-turn lifted some important tricks from the other games that the original inspired.

The new Tomb Raider offers the experience of playing Lara as she turns from a regular young woman into a hardened survivor. In the first few moments of our demonstration, we witnessed Lara risking burning herself in order to release the ropes that bound her, falling to the distant ground with a painful thud, pulling a sharp object from a wound in her side and kicking away a terrifying assailant in dark, flooded and dirty tunnels.
read on...