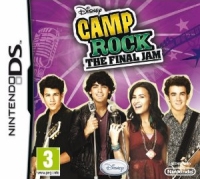 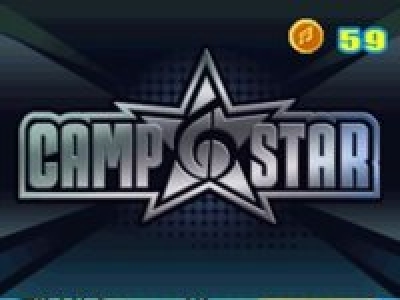 Camp Rock: The Final Jam takes time to master, but the Disney pin-ups and variety of gameplay make this a solid game for the junior gamers in our family. Here's what they made of it...

Disney's Camp Rock: The Final Jam is a rhythm action game where you get to play different instruments by pressing buttons on your DS. It's not like playing real music, but somehow it does make you feel kind of musical.

Although she's too old for it, my sister (15) was actually quite keen on this game too. I think that's more because of the Disney stars in the game like the Jonas Brothers and Demi Lovato rather than the gameplay itself. For me I enjoyed it because I really like rhythm action games.

I've not seen the movie, but it looks like the game follows the same storyline. But rather than playing through the game as one of the Disney stars, you have to make your way as an up and coming nobody.

Although it's mainly a music game, Camp Rock: The Final Jam also includes some little minigames and a bit of running around to find things. It works quite well together, although it's the rhythm action parts of the game that I enjoyed the most. I would have preferred more of that - there are only seven songs to play along to - but with the other parts of the game it just about lasts long enough.

The hardest parts of the game are the bits where you play along to the music.

I've just started using the DGamer website so it was nice to see that as I completed things in the game I got awards I could collect online. It meant I spent more time trying to complete each stage perfectly, whereas I usually just run through games to get to the end.

The hardest parts of the game are the bits where you play along to the music. It all works fine but you can't make too many mistakes before you fail. I'm more used to games like Just Dance 2 (Wii) that let you carry on even if you are struggling.

You can play different instruments like guitar, bass and drums, and each one has different controls. I liked this because it made you feel more like you were actually playing the real thing. For the guitar you strum with the stylus and pick chords by pressing directions on the D-pad. This is really hard, and I needed a good hour or two to get used to playing it - but I think it was worth it.

The better you do on the songs and the minigames, the more things you win for your person in the game. They start off looking drab and ordinary but soon start looking like the other Disney people with new clothes and stuff.

There aren't many rhythm action games aimed specifically at younger players so it was good to see Camp Rock trying to do this. While my older sister (15) has gone back to playing Elite Beat Agents, and my younger brother (4) still loves Electroplankton, I'm still playing a lot of Camp Rock.

You can support Ben by buying Camp Rock: The Final Jam