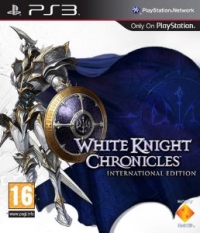 Other GamePeople columnists have reviewed this from their perspective - huh?:
Story Gamer (PS3) 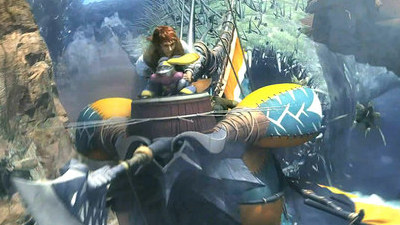 My love for traditional RPGs is often tested by lazy design and sloppy implementation. White Knight Chronicles proved to be the straw that broke the camel's back. However strong the connection to tradition, a new experience should move thigns forwards if it is genuinely new.

I was excited when I began playing White Knight Chronicles. With a princess in trouble, a young hero with magical powers to strengthen and a whole world of wonder to explore I could hardly wait to strap on my leather chaps and get stuck into as many random battles as humanly possible.

Slowly, and certainly unbeknownst to me, tradition has become an important factor for me in gaming. With White Knight Chronicles I was looking forward to spending time on something that was familiar, evocative and comfortable.

White Knight Chronicles revolves around the tradition of long, slow storytelling complimented by robust combat. Characters level up slowly and I found re-tracing my steps in order to superficially strengthen my team an essential part of playing. Battles can be as complex as you want and it is not until boss fights that you need to venture outside the attack/heal cycle.

But for all this ticking of tradition's boxes, White Knight failed to move things forward. Environments are neither original nor well presented. Forests, caves and deserts are the norm and the enemies who inhabit them are lacking in creative design or charm. I felt like I was going though a blow by blow documentary on how to create the most generic RPG humanly possible.

While it has sparks of intrigue and moments of design flair it is ultimately fairly bland. Initially the lack of graphical pomp could be ignored. Nostaliga enabled me to turned the other cheek when I noticed that I had seen each and every character before in Japanese anime or Disney Pixar productions. But something began sticking in my throat, although for the first fifteen hours of playing I couldn't quite tell what it was.

Part of it was that characters slowly develop on a statistical level but never mature on an emotional one. Progress is measured through attributes bought with skill points earned from level grinding. I have come to expect this from Level 5 games, but as I thoughtlessly chop down the same enemy for the thousandth time my mind began to wander.

For all this ticking of tradition's boxes, White Knight failed to move things forward.

Perseverance is key to enjoying Japanese RPGs and that was fine with the younger me. It was exotic and new, something to savor and brag about. The more I play, and although I'm not hugely passionate about the character's plight I do want to continue, the more I wonder who White Knight Chronicles is targeted at?

I've never considered myself particularly easy to please, picky even to some degree. Despite this I've always been content to allow games similar to White Knight Chronicles to wash over me, no matter how tepid. I was a traditionalist at heart and thought that this would never change.

Playing long games never felt like a test of patience, but a war of attrition and something I longed to conquer. Over time I have realized that my effort is not always paid back with enjoyment. I get a sickening feeling that I have just wasted my time on something that was rushed, forced and immature.

However much I'm attracted to tradition some genres need to move forward.

I did not like White Knight Chronicles, it's OK to say that isn't it? Previously I would have defended itas a progressive game that you get out of what you put in. But the emotional quality of games has become a more important to me than simply having something to do on a rainy afternoon. Time to move on.

Playing though White Knight Chronicles has shown me that however much I'm attracted to tradition some genres need to move forward to continue to be relevant. Games should awaken emotion in me not force me reminisce. At best White Knight Chronicles is a solid and traditional RPG; at worst it's a dull and unenlightened button masher that is sorely lacking personality.

You can support Richard by buying White Knight Chronicles