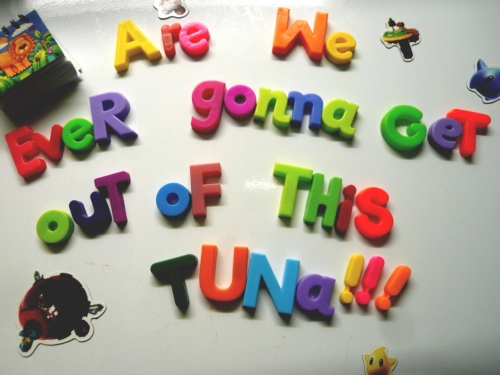 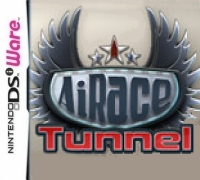 AiRace Tunnel DSi-Ware: "Are we ever gonna get out of this tuna?"

I could sum this game up in one word: Tense, but that wouldn't do it justice. AiRace: Tunnel is a well made spaceship racing game which as its title suggests takes place in a tunnel. Instead of racing to beat opponents you are pretty much racing to survive. IT isn't easy.

Making your way through the ever and seemingly random obstacles can be difficult and is made even more tense by the plodding doom of the progress bar on the right side of the screen. Although it is simply a matter of survival, there is plenty to keep you on your toes.

The music and graphics are of a very high standard for DSi-Ware game, and there are six different tunnels to complete. But for some reason the game lacks an energy bar. Rather than giving you a bit of a chance, AiRace is all or nothing. Make one mistake and it is all over.

Each level is divided into several areas allowing you to catch their breath at (and restart from) each checkpoint. The longer you play, the faster your plane is and the harder it gets to avoid the traps.

AiRace: Tunnel was initially a bit difficult for my children (8). The fine stylus controls although perfect for me were a little bit beyond their ability. On the D-pad they got on a little better. But despite it being difficult they have stuck at it longer than I expected. It's a game that any 11-13 year old would love.

The smooth scrolling and slick presentation underline how well it is made. This is topped off with a high energy electronica sound track, multiple control options and sensible check pointing.

If you can cope with the tough difficulty level and unrepentantly hard level design, this is well worth the 500 Nintendo Points.

You can support Matthew by buying AiRace Tunnel