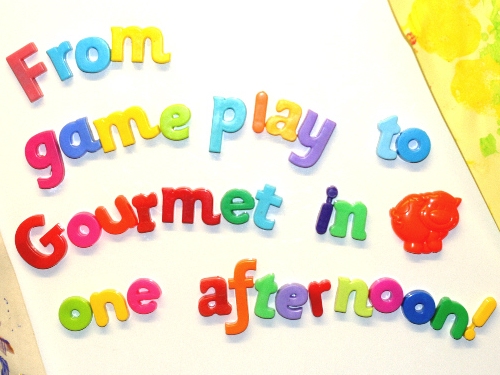 Game play to gourmet in one afternoon.

Other GamePeople columnists have reviewed this from their perspective - huh?:
Family Gamer (DS)
Domestic Gamer (Wii)

One of the things I like about video games are ideas that overspill into reality. I'm not talking about people dressing up as characters from World of Warcraft or eight year olds running down the street pretending to Mario. Rather, when games inspire people to be creative, or when people learn something they may not have if they hadn't played that game.

Quite a bit of research has been undertaken by organisations like NESTA and Futurelab to see if games have a role to play in mainstream education. This is especially good when developers can get involved and get feedback about how to help teachers make the software more effective and useful to the curriculum.

But my experience of Cooking Mama was educationally exciting for me for different reasons. It's hard to explain, so let me tell you a story.

My two daughters had been playing on Cooking Mama for some time. It's a colourful light-hearted game about cooking. The game features quite simple but rewarding game play which slowly progresses and becomes more difficult as you go along.

I think it all started over a discussion about pronunciation (or rather the mispronunciation) of the word Gyoza - little fried dumplings - that you have to make in the game. One thing lead to another and eventually one of my daughters asked "But what are these things, what are they like?" which stumped me and my partner for a while, so we Googled it and explained what they were made out of. But none of this would do, we had to actually make them for real.

My partner and I have always been a fan of Anime and all things Japanese so when the opportunity arose she jumped on the chance to try it out. She made it across town to the Japanese supermarket, looking at recipes on how to make the dough the kids had a shopping list at the ready, however upon arriving the lady who ran the supermarket let them into a little secret about how to make the paper thin dough - you can buy them pre-made. 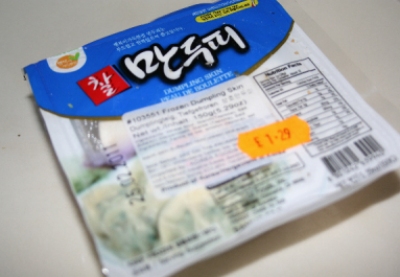 It was fantastic, one little idea inside of a game inspired them to find out what it was in real life. An hour later they were in the kitchen mastering the art of fried dumplings. We have loads of recipe books and none of them have got them inspired like this.

Cooking Mama are a great bunch of games and available on several different platforms, I would strongly recommend parents have a look and see what they think. I wouldn't describe Cooking Mama as an educational game but it was certainly inspiring.

I whole heartedly believe that games in the broadest sense (and video games specifically) have a part to play in education and it's these events, these little stories, that interest me the most about video games and game culture. We play games but what do learn from them?

You can support Matthew by buying Cooking Mama 2