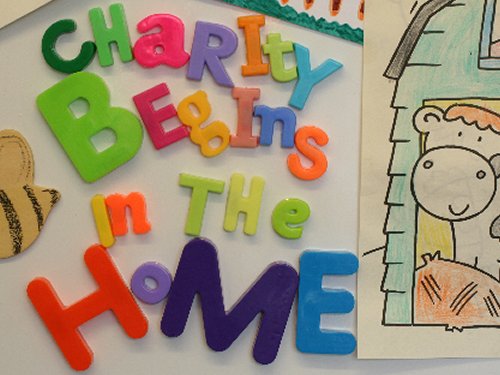 Charity begins in the home. 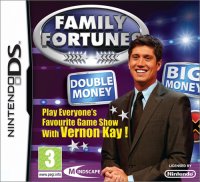 Family Fortunes DS brings back memories of Saturday evenings. As well as a trip down memory lane, it was also enough fun to keep the kids interested.

Originally I thought Family Fortunes was lost to a decade past, and found it odd that this retro format quiz show was making an appearance on the DS, but I was pleasantly surprised. The game is fairly bland on single player mode - the idea of winning virtual prizes and money at the very least is very silly. That is until you have some one else to play along, this is what we did. Instead of me sitting on my own and answering all the questions my kids played as members of my virtual family.

It's in the multi-player mode the game takes on a whole new life, you can play it over multiple DS's but what worked best for us was to have me and the kids play as a team, we are a very board game family, however we have never really played quiz games before.

What is interesting about Family Fortunes is that the answers you have to give aren't definitely right or definitely wrong, some are just better than others which is ideal for the younger audience, what the game does is also give them a chance to think laterally and to not to overlook the obvious. "What would expect to find at a bus stop?", "A Bus".

It might seem obvious to some, but we completely missed it as we all had imagined the things we would see waiting at a bus stop for a bus to arrive, our rationale was that we would no longer be at the bus stop once the bus had arrived to pick us up. It's not action packed it's not face paced but is a very good little title and I was pleasantly surprised to see it.

You can support Matthew by buying Family Fortunes