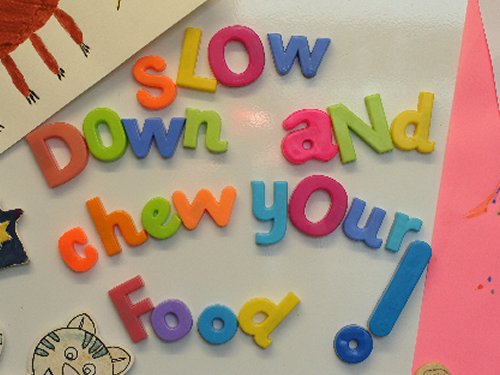 Slow down chew your food or you'll get indigestion. 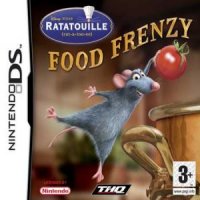 Food Frenzy DS is an extremely fast paced kitchen scramble. Over seven or so mini-games you slice and dice your way to deliver a perfect meal for a visiting food critic and at no time does the pace let up. Initially thought maybe I was getting a little old in terms of keeping up with games but it wasn't just me the pace left my kids a little bewildered and reluctant to carry on after seeing what the game was expecting of them.

Food Frenzy on the Nintendo DS is themed around the Ratatouille Pixar film and has the user cooking their way through several starters, meals and deserts, the multiple cooking pot level is probably one of the most tense mini-games I have ever played on and that I think is one of the biggest problems, there is no let up. Food Frenzy is feels like just the mini-games with no main game, loads of side dishes with no main course, and certainly no desert.

It is fast and in all fairness not very rewarding, the skill level is high but the I would argue the target audience is for younger kids and completely leaves them standing, and unlike several other 'food sims' you don't even get to know about what it is your cooking, instead they are vague nondescript meals hurriedly put together. Whereas with things like Cooking Mama we were able to copy how Gyozas are made and make them in real life, which had a knock on inspiring effect that just isn't there with Food Frenzy.

You can support Matthew by buying Food Frenzy