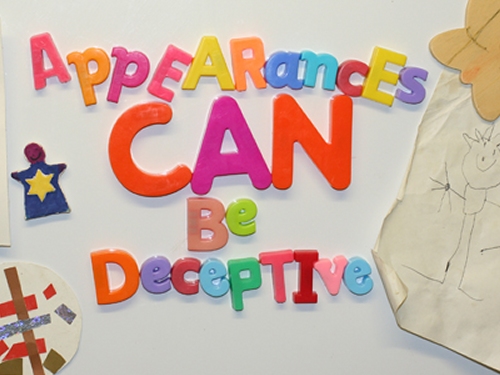 Appearances can be deceptive. 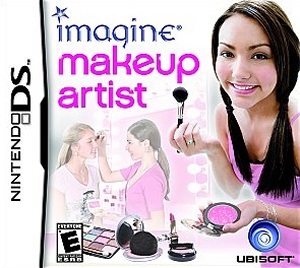 Never have I approached a game with so much fear and apprehension both as a man and as a parent. I know you should never judge a book by its cover, or maybe the phrase appearance isn't everything is more suitable when discussing this Imagine Makeup Artist, however my fears were fully realised after playing this game for an hour.

Imagine Makeup Artist on Nintendo DS and DSi is quite simply a Makeup artist sim, you train and work as a makeup artist, buy and use makeup and get different tips on how to apply it for that specific look.

It could be said that requiring no skill for this game makes it accessible to all ages, I would say it just makes it tedious and unchallenging. The fact that you can draw anywhere on the characters face when applying lipstick but the game registers it only within the lip area makes it almost impossible to fail. The only possible challenge lies in remembering the tips on how to get each look right, but even then you have characters reminding you, and they are fairly easy to remember.

It wasn't just me who had a problem engaging with this game, all three of my kids found it hard to get into, not to play, but to maintain being interested in. One only lasting 20 minutes before turning it off. Somewhat frustrated by this idea and wanted to find some merit in this game, I decided to go back for another hour, but was equally disappointed, maybe two hours of play isn't long enough, however if there isn't much interest in those first two hours you might not want to invest any more time in it.

All three of my kids found it hard to get into, not to play, but to maintain being interested in.

Dressing up and similar sims have been extremely popular over the years, especially on the PC, as it often allowed you to print of and colour in outfits you have designed, which made it more of a craft activity than a purely a game and I think this is one of the elements which is missing from Imagine Makeup Artist.

The game is rated E suitable for all ages, however I must stress there is quite a lot of reading to do and a lot of training to do at the start so the younger players might get stuck and despite it's rating it is "Teen" orientated. The other aspect of teaching children how to apply makeup just didn't sit well with me personally as a parent, and I think that is a very important thing to note if you also share that view in the I actually thought that it would be far better for my kids to play with real makeup than to play on this as it would have far more entertaining and creative results.

You can support Matthew by buying Imagine: Makeup Artist