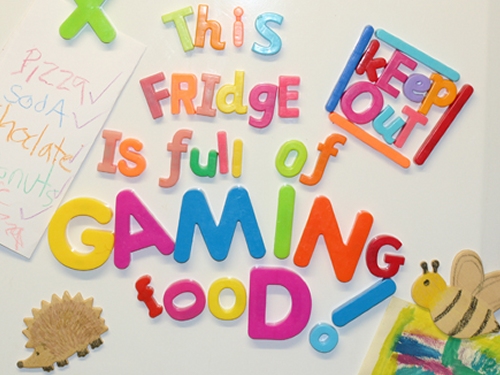 This fridge is full of gaming food.

Retro Game challenge reminded me of one of the excitement of an approaching weekend, and having a friend stay over to complete the latest game on the Nintendo NES, it was one of my favourite childhood memories. It recreates that old gaming experience through it's well paced and knowing adventure.

Life was much simpler and we had the routine down, this was long before the age of the Internet, so there was no instant access to cheats and walk-throughs like there is today. I can remember almost every cover of Nintendo Power from around those times and the arrival of those were just as equally exciting as the games themselves. New magazine in one hand, new cartridge in the other and a fridge full of gaming food and we were set for the weekend.

How could a modern game even attempt to claim to be retro and hark back to those wonderful 8 bit days?

At first I was a bit wary, how could a modern game even attempt to claim to be retro and hark back to those wonderful 8 bit days? Two or three challenges in though and I was hooked. The story is about two friends who are challenged by a master gamer on several different games, but they are not just mini-games they are full on games in their own right, all bundled on to one cartridge.

The angle I really like that this game takes is the challenges they aren't just simply complete every game in full, they range from destroying a specific asteroid on a particular level, to not using ninja stars and making it to level 4, the kinds of challenges gamers would set one another, to up the ante on a Saturday morning all those years ago. Within the game you are provided with gamer magazines which feature hints, tips and amusing stories, which in itself was very funny to see my boy properly belly laughing at his DS.

How could a modern game even attempt to claim to be retro and hark back to those wonderful 8 bit days?

Although the difficulty of the challenges has a sharp curve about halfway through, it didn't seem to bother me or the children, as by then we had unlocked about four games that we simply liked playing in the Free Play mode. Playing the game together was interesting and open ended experience, I would set my kids a challenge and they would set me one, mimicking the characters in the game. It was a very fun experience and amusing to hear my children use phrases like “that's what it was like back in the 80's”.

It also allowed me to explain my early teen years and kind of set a trap for myself. While describing my early teen years mainly spent playing the NES with my friends and how we used to stay up until about 4am playing on the weekend, you could see what my children were going to ask next. I swiftly interjected 'not until your older'. That said, I am very secretly tempted to have a gaming weekend with them soon, if not for them then for me.

You can support Matthew by buying Retro Game Challenge