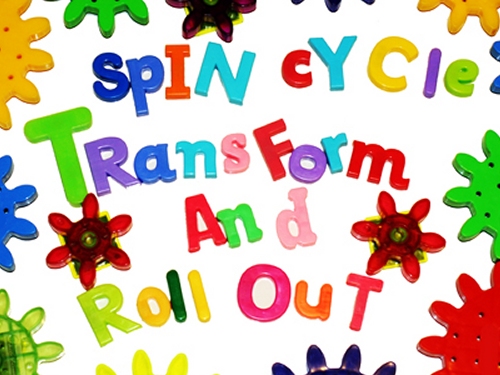 SpinCycle Transform and roll out. 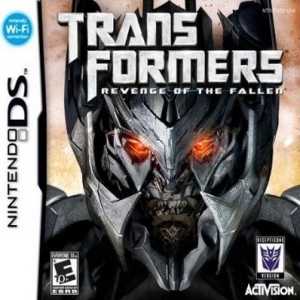 
I am always against replacing technology, especially when it's working and often feel we should use what we have until it no longer works hence the fact I still use a BBC Micro on a daily basis. Amusingly Transformers on the DS popped up with its re-invented characters after a lengthy discussion with my dear partner over replacing / upgrading our current perfectly working washing machine.

Megatron, Optimus Prime and all, have been reworked in a pseudo anime style, in this wonderfully paced action puzzle game. The game is divided between puzzle platform adventure and action racing and the fact you can "transform" whilst zooming down a highway is a really nice touch and made the ten year old child in me smile. I mentioned it already but I really like the pace of this game, it's not too slow and laborious, and it moves very well. It's not too fast and tense, it's perfect for the 7-10 year old age range. The puzzles are suitably complex to challenge them and the racing isn't to far beyond their skill level either. One of the nicest elements of the racing section is that you move from lane to lane one lane at a time,instead of one pixel at a time which makes it a lot easier for the younger player to judge and avoid other cars.

I really enjoyed the fact that the characters talked in the cut scenes, not just had the words pop up on screen with the usual beep that often goes with it, using the cartoons voice actors it gave the game a lot more depth and excitement.

Both my boy and girls enjoyed playing and worked together to solve some of the more complex levels.

Both my boy and girls enjoyed playing and worked together to solve some of the more complex levels. As an adult the game is in all fairness quite short, however I didn't see this as a negative, as already a week of enjoyment the kids are still only on levels 5-7 and still very much enjoying it.

So after around thirty minutes of controlling these giant robots, I had completely forgotten about the "discussion" regarding upgrading the washing machine which is now situated in the back garden being rained on and destroyed. Sometimes you just have to move with the times and Transformers Animated The Game is wonderful example of this it's a nice addition to the on going story of those wonderful robots. I didn't feel betrayed by the new Megatron or the new Optimus Prime, I felt they could now be enjoyed by my kids, without having to dig out the VHS player from the loft, so all in all the game was a success with my family, even though they didn't know who the Transformers were to begin with.

You can support Matthew by buying Transformers