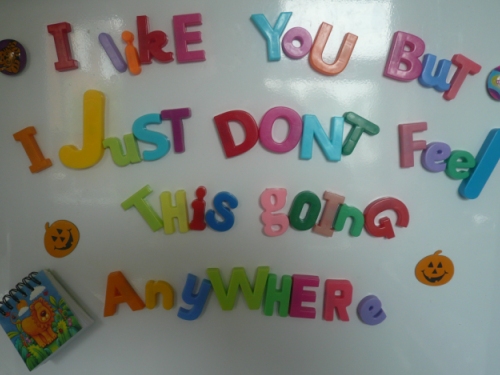 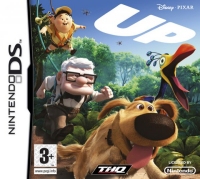 Up DS mirrors the movie for plot rather than lifelikeness. Not just that it didn't look as good, but the experience as a whole didn't hold water.

I found it difficult to get excited about Up, it's kind of weird approaching a spin-off game without seeing the movie. I didn't have a problem with Phineas and Ferb, but for some reason this game just didn't get going.

Up felt a bit too familiar, a pseudo 3D game with two characters that you can switch back and forth between, each with different abilities. Unfortunately it wasn't long until my kids put it down as well, some only making it past the first level.

While my kids enjoyed the film and could identify the characters, they said that the DS game wasn't believable. The game tasks you with finding hidden items in the woods, which they seemed to find nonsensical. "You'd never find cool stuff like that lying around in real life."

As we talked about it, I realised there was a real world equivalent I could use to pep-up their game play experience. Geocaching. For those who haven't experienced Geocaching it's like a high tech treasure hunt, using GPS and cryptic clues to locate the caches. All you need is a GPS device like a mobile phone and simply visit the Geocaching site to find ones near you.

Some are simple GPS coordinates, some are multiple clue hunts, in the end you come across a very well hidden and clearly identifiable box containing very random trinkets, you simply put something in take something out and log when and what you changed.

I would imagine it's really funny seeing a 33 year old man with three kids trying to look inconspicuous whilst searching for a treasure. During part of the DS game you have to find the box in the swap without any else seeing you do it - it felt a bit like we were acting that out in real life. It was more fun too.

While the game wasn't as inspiring or exciting, we were happy that it got us Geocaching. We now go out quite regularly on hunts. Unless you're a die hard fan of the movie Up or an avid Disney collector I would recommend you save your treasure and hunt elsewhere.

You can support Matthew by buying Up