Fist of the North Star 360 Review 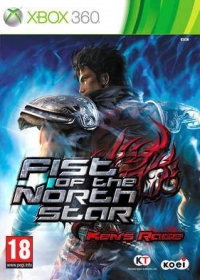 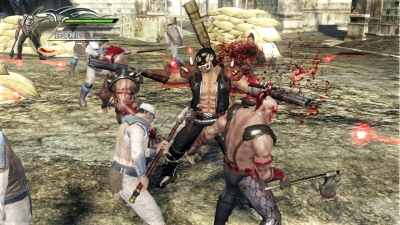 Fist of the North Star offers a different kind of revolution. Rather than innovation and technology, this Musou game is more about the culture of escapism to sooth the darker days we all face at times.

There's something a little strange about seeing an enormously muscular Japanese man, one that would put even old Arnold to shame, punch another chap in rapid succession and screech in a high-pitched voice, 'At-ta-ta-ta-ta!'.

For those unfamiliar with the cultural conventions of old school anime, Fist of the North Star 360 will probably seem extremely odd. Battle damage continuously ruins the protagonist's clothing. Men and women alike jump off buildings at the slightest provocation. And without fail, each time you have enough reserves for a special attack, the lead character will drop his macho facade and utter a shrill battle cry.

Bewildering as it all might sound, it's actually one hundred percent canon for these sorts of games. The melodrama, the overtly cinematic fight sequences and the steroid-inspired character design were all vital components of the original anime.

If you've ever wondered what your Asian parents grew up with, now's your chance to find out. Like most other Asians, I'm a sucker for these Musou Dynasty Warriors games. I mean, there's just something thrilling about sending a hundred screaming soldiers airborne with but one lazy kick. Like a cat with an injured mouse, I take a lot of pleasure in the torment of my virtual opponents as they try to crawl away on their hands and knees, finally aware that I am their superior in combat. Oh, the joy you feel as you bowl a struggling NPC into a cadre of his friends.

It makes you feel like such a sadistic God -- okay, I'm getting carried away here.

In spite of how ebullient I sound about the game, I'm going to be extremely direct here and tell you that this isn't really a game for you Westerners out there. I know, I know, that's an awful case of cultural generalization and you're welcome to prove me wrong but that's what Tecmo Koei tells me and that's what I'm going to tell you.

Musou games, in general, have an oddly Zen culture about then and are best played by people with repressed aggression issues and no viable outlet for them. In short, they're for us Asian people who spend most of our days attempting to maintain decorum while plotting to kick you in the shins somewhere in the near future.

Musou games, in general, have an oddly Zen culture about then and are best played by people with repressed aggression.

While it doesn't break any new grounds, Fist of the North Star remains a reasonably polished endeavour but more than anything else, it beautifully encapsulates the original spirit of the franchise. Brief cut scenes draw tense moments to an appropriate crescendo before players are launched into one boss battle or another.

The action is fluid, effortless and filled with a lot of high-pitched battle cries and pyrokinetic effects. Seriously though, if there is anything about the game that I am horribly uncertain about, it's the screaming. Where did the testosterone go? Why does the protagonist suddenly sound like an irate choir boy?

But this is just a tiny quibble. Everyone I know, who lives within this region, is rather fond of the game. In fact, they liked the game so much, I still have no idea where my copy of the Fist of the North Star is. Tecmo Koei has gotten the task of developing Musou games down to a fine art, something I'm not sure if they should be proud of; Musou games suck away your soul, after all. There are layers upon layers of customisation available, enabling you to adapt the character to best fit your playing style. For example, my editor at TK-Nation's a relentless champion of the whole 'glass cannon' idea; his interpretation of the protagonist hits hard and hits fast but has a penchant for falling down when sneezed upon.

But what exactly draws this Asian demographic to these games?

But what exactly draws this Asian demographic to these games? With repetitive gameplay bogging down on the whole experience, why do people around here take so much joy in its execution? To provide insight, let's take my fiance for example. Years ago, when he was introduced to the Dynasty Warriors - the progenitor of the whole genre - on my original Xbox, I had to use a crowbar to pry him from the console during meal times.

He played through the game with every single hero available, explored every story arc to be found and spent the rest of the time industriously turning his characters into weapons of mass destruction. At one point, the save file rolled over and died, quite possibly defeated by his persistent attention. His response? He sighed and started the cycle anew.

It wasn't the best time of our lives back then. Things were hard, circumstances were painful. But amidst the tumult the game offered a strange sanctuary from the world. It offered a temporary escape, a chance to make at least some aspect of an unpleasant reality right. It was therapy, bathed in the blood of your foes.

They're about finding a moment of pure beauty amidst a dull parade of days, when everything happens just right and the whole world is suddenly on its knees before you.

Perhaps that's why we enjoy the culture of Musou games so much. They aren't about complex stories or innovative pursuits. They're about finding a moment of pure beauty amidst a dull parade of days, when everything happens just right and the whole world is suddenly on its knees before you.


You can support Amber by buying Fist of the North Star