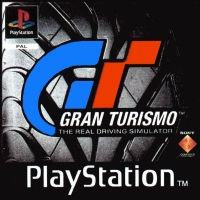 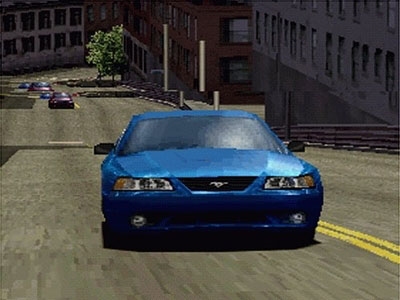 Gran Turismo PS1 was a magical step for me towards doing what I love fulltime. Such was the realism and prowess that in some ways it changed my life for the better.

Racing games and I go back a long way, over twenty years in fact, and before I was a Motoring Journalist. From the nightmare port of Outrun on the ZX Spectrum, to the classic Sega Rally on the Saturn, I've poured a fair few hours into racing games. But nothing has affected my later career or love of cars more than the now legendary Gran Turismo.

Gran Turismo, was the first driving game I played that felt like it was made by petrol-heads, for petrol-heads (ed: the moniker now ironically adopted by Forza). The hundreds of perfectly modelled, real world cars, the licenses to be earned, the cash to be won, the bolt-on goodies to buy, anyone who loved cars from the age of 5 to 50 could immediately see Gran Turismo's appeal.

Like any good Motorsport, great games bring people together and Gran Turismo proved it was one of those games for me. Over Christmas 1998, my brother and I spent every waking moment playing the game. The premise was simple: we both picked a cheap car, and then had an hour between each race to modify, tweak and test our car before our next two-player race.

With 180 cars on offer, we had plenty to choose from, and had huge fun working our way through the different cars to find the right one. The elimination process further underlined just how much depth and detail the game offered over its rivals.

Racing games and I go back a long way, to before I was a Motoring Journalist.

Unlike previous racing games, each car felt totally different to drive, and tuning them made a real difference to their handling and performance. It made the cars feel real.

This reality, combined with the Pokemon-esque collection aspect made you want to push on and race for every trophy and unlock every car. Together with those stunning visuals and licensed soundtrack, Gran Turismo was hard to beat.

My brother is much more of a casual gamer, yet he became so enthralled with Gran Turismo he purchased his own PlayStation to carry on the game himself. Proof then, of the game's appeal to not only videogames fans, but also car lovers.

If you're a petrol-powered fan with even a slight appreciation for yesterday's videogames, Gran Turismo is definitely worth picking up.

While the Gran Turismo's since then have boasted more cars, tracks and better graphics, none of them have had the draw of that original game - fingers crossed this will finally change with Gran Turismo 5.

Gran Turismo still has a special spot in my gaming (and motoring) world. If you're a petrol-powered fan with even a slight appreciation for yesterday's videogames, Gran Turismo is definitely worth picking up.

You can support Adam by buying Gran Turismo