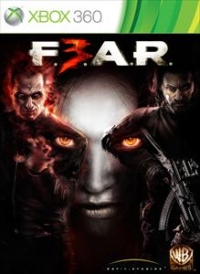 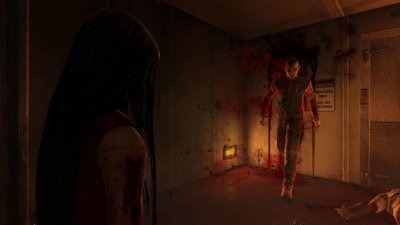 F.3.A.R combines great action with neat co-op, but is let down by a nonsensical and incredibly brief storyline. Surprisingly, for a game with such a specific acronym, scares and tension play second fiddle to combat.

Although I found the original's premise hugely appealing, and was impressed by the demo (especially after an ill-advised session alone one the morning), I missed both F.E.A.R and its sequel.

But F.E.A.R (Fear) stayed firmly on my radar. I appreciated the visual references to the then burgeoning Japanese horror cinema, particularly the scary ghost-child, Alma. She was openly based on ghosts found in films such as Ring and The Grudge, themselves based on the mythological Onryo, a vengeful spirit.

F.3.A.R. (Fear 3) was my chance to rejoin the franchise and, I thought, capitalise on the promise of those early games. It's clear from the outset, however, that F.3.A.R's focus is far more on action than horror, much like Aliens compared to Alien.

The story is incredibly overcooked. The main character is Point Man, a soldier with supernatural reflexes. He and his brother, Paxton Fettel, who he killed in the first game, are the children of ghost-child Alma thanks to some strange experiments. Alma is pregnant again, and it's up to Point Man and Fettel to find and stop her. This involves infiltrating a city inexplicably in chaos, and overrun by zombie-like creatures, all the while being stalked by a horrific spectre.

I can't claim to understand the story entirely. Even with the involvement of legendary horror director John Carpenter (Halloween, The Thing) I spent the entire game slightly confused. The best horror movies generally have very simple premises. Here though the scares have been sacrificed for the sake of overly complex plot exposition.

F.3.A.R suffers under the weight of the series' complex mythology.

The game does better in the gameplay department. The inclusion of Fettel for instance turns out to be quite clever. Rather than shoe-horning in a second character just for the sake of co-op, he's fully integrated and even plays differently to Point Man. As he's a ghost himself, he has several supernatural abilities, including telekinesis and possessing enemies.

Point Man has a few abilities of his own. As well as being able to slow down time, he can slide-kick or jump-kick enemies. These high action moments take F.3.A.R more into Matrix territory than the gnawing unravelling of Ring.

F.3.A.R is a disappointment in the horror department.

While it's satisfying to slow down time, slide beneath an explosion, shoot someone in the face and then jump-kick someone else this does detract from the sense of fear. Most horror movies find scares in vulnerability. Since Point Man is so powerful, and has such an arsenal of weapons, I never felt vulnerable. Furthermore, having a second player negated any feelings of isolation or loneliness that can be exploited for scares.

Ultimately, F.3.A.R is a disappointment in the horror department, offering little more than the odd jump. On the action side, however, it's far more successful, taking obvious inspiration from the Matrix. A reasonable selection of guns and enemies compliments slick shooting mechanics and the incredibly fun slow-mo and kicking abilities. Exciting, but not fearful.

You can support Tom by buying F.3.A.R