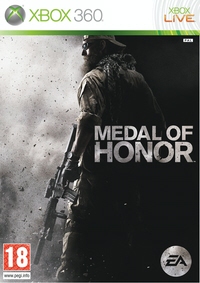 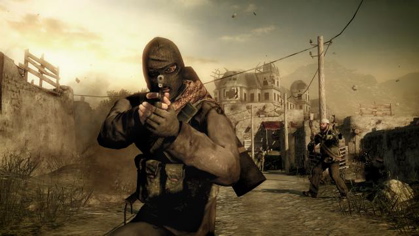 Medal of Honour courts two kings as it returns to modern parlance. On multiplayer terms this split personality needs some focus if it is going to convince either Modern Warfare 2 or Battlefield Bad Company 2 players away from their betrothed.

Not so much billed as but presumed to be the filler in the gap between Call of Duty: Modern Warfare 2 and Battlefield Bad Company 2, Medal of Honour (2010) tries to bring tactical warring to close quarters combat.

A lot of first person shooter gamers, myself included, expected Medal of Honour to marry the two opposing universes of Modern Warfare 2 and Battlefield Bat Company 2 in an unholy union. After all, we supposed, where else was there to go with a shooter that focused its attention on turn of the millennium warfare? That idea, where you bring the tactical approach of Bad Company 2 to the frantic, gung ho, one-man army appeal of Modern Warfare 2, is an appealing one.

In the beta we were using for the preview, options are limited to two multiplayer modes: Combat Mission, where one side must defend a series of bases while the other must capture or destroy them in turn, and Team Assault, a classic Team Death match. What I was hoping to discover was just how tactical the Medal of Honour warfare was going to be. Tactically speaking, there is any number of routes to win by, but the two most basic needs are good communication within your team and a plan.

A lot of FPS gamers, myself included, expected Medal of Honour to marry the two opposing universes of Modern Warfare 2 and Battlefield Bad Company 2 in an unholy union.

Medal of Honour's beta hits a wall immediately through the simple, mind-boggling fact that there is no VOIP in game. Bang goes any chance of planning. Bang goes any real opportunity to see if Medal of Honour really pulls it off. All we get is a small taster of what's to come.

There is a hint as to how this game's multiplayer will play out, and that's in the size of each map. In the Kabul City Ruins, where the Team Assault takes place, there is a distinct Call of Duty vibe - a shot up Afghan desert town with plenty of half-buildings to hide in and lot's of tight alleys to dash through.

It's very hard to see how this will work tactically though, especially if you're jumping into a game without knowing any of your team mates. What's apparent in this map is that running and gunning, together with monstrous amounts of camping, is going to dominate the play. But it's not nearly on a par with Call of Duty. It's not the maps fault, it has more to do with the feel of the weapons and the intensity levels Call of Duty manages to pull off. Kabul City Ruins is just not as confined. It feels like they've tried to open up the size of the battlefront to tease out some tactics but done nothing of the sort.

Helmand Valley, on the other hand, does have something about it. The Combat Mission mode bears a striking resemblance to Bad Company 2's Rush mode, with the attacking US troops driving onwards through the valley, gaining ground until there's none left to win or being stopped in their tracks by native forces. But it's a thin strip you fight your way through and there is very little cover to hide behind. The defending team has the benefit of walls and buildings to hide in and take pot shots from behind, and it's this that points towards the need for tactics on either side.

For now, I'm not convinced this game has anything really special to add to the genre.

So, perhaps, EA will have certain maps for certain modes, as they do in Bad Company 2, and Kabul City Ruins will be a map used purely for a big, messy shooting festival while the grittier stuff will be played out over more suitable arenas. I hope so, because the impression I get from playing through Helmand Valley is that with the chat switched on this could be a corker. Thinking on your feet seems to be the name of the game, making team decisions dependant on the problems you're faced with over every inch of the terrain.

Since this is a beta, the problems are numerous, particularly the nightmarish spawning situation of appearing right in the crosshairs of enemy guns when they've found your spawn zone and are just camping out, waiting to blast a hole in your head. This, presumably, will be fixed before the end game, as will, I hope many of the other nags, and so I'll keep the majority of them to myself.

I'm yet to be convinced this game has anything really special to add to the genre. It could turn out to have a split personality as it tries to court two kings, or it could be the best diplomat in gaming and unite the opposing factions in a brave new world.

You can support Sid by buying Medal of Honour