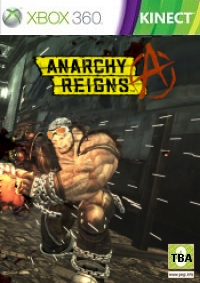 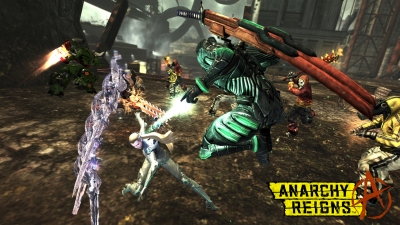 Anarchy Reigns continues the very good work of Bayonetta and Vanquish, but can it grow beyond the hard-core pleasing mechanics and visuals to be something more broadly interesting.

The developers of Bayonetta (360) and Vanquish (PS3) are taking their flare for injecting new life into classic genres to third-person brawlers with Anarchy Reigns.

It promises to capture the imagination by offering the creativity that has made Platinum Games critically renowned. To this end, Anarchy Reigns takes the tried and tested 3D fighting formula and introduces online multiplayer. There are a number of game modes, Tag Team and Battle Royal currently announced, where multiple fighters will be pitted against each other as they battle for victory.

A range of characters each with distinctive styles and moves should enable a degree of variety to the combat, along with the chance to mix and match fighters to suit different play styles. Early images suggest the typical range of big and burly to slight and lithe.

While it is likely that Platinum Games will wow hardcore gamers with over-the-top combat and beautiful graphics, the bigger question here is whether there will be something more unusual or engaging for a broader cross section of players. Either way, it is certainly a game to keep an eye on.


You can support Paul by buying Anarchy Reigns