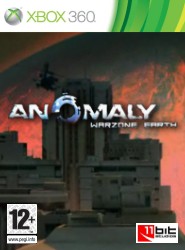 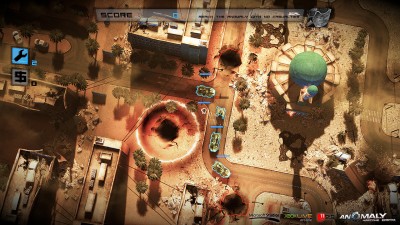 Anomaly: Warzone Earth not only offers a slick, polished take on the casual Tower Defence genre, but also provides an additional switch by making you the attacker.

Anomaly: Warzone Earth is finally coming to XBLA after successful outings on Windows PC and phones. It provides a great twist on the Tower Defence genre by placing you in command of an army which must battle its way through defended city streets to reach a goal.

I've said before that Tower Defence games seem to be a go-to genre for those looking to rush out their first simple game project (in my youth it was Pong clones!). However there's no reason why a simple strategy game such as this cannot have great design and graphics lavished upon it and it can really enhance the experience. Not only that but Anomaly: Warzone Earth wraps the tactical action up in a sci-fi mystery plot.

The attention to quality in Anomaly: Warzone Earth also means that each level is a carefully balanced puzzle, challenging you to find your way through successfully. There is a challenge mode for each level which will alter the enemy layout in each map, providing an additional replay value.

This Xbox 360 version of the game is touted as being the most complete in terms of content and levels and is the control system for which the game was originally designed, despite the PC and phone versions beating it to the market. All in all this version looks like a very exciting option.

Anomaly: Warzone Earth is currently planned for release on the Xbox 360 via XBLA on the 6th April 2012.


You can support Paul by buying Anomaly: Warzone Earth