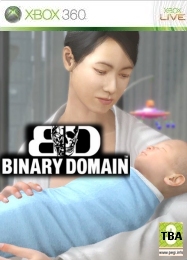 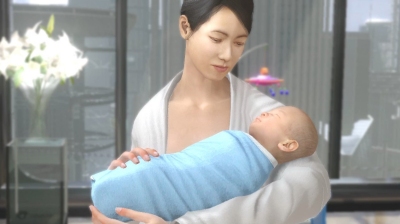 Binary Domain uses its shooting mechanics as the vehicle to tell a morality tale. Although Haze struggled in this territory last year, Toshihiro Nagoshi (of Yakuza fame) is as likely as anyone to suceed here.

Binary Domain is a squad based shooting game set in 2080 Tokyo. You are tasked with freeing the city from a robot invasion and control a team of international peace-keepers, each with their own skills and specialties.

However, as you fight through the derelict lower levels of the city, it becomes apparent that all is not what it seems. The motivations and morality of the missions start to come into question as the game blurs the initial binary between wrong and right. Are the robots becoming more human, or are humans becoming more like machines?

In this way Binary Domain aims to add intruige to the experience as the robots are portrayed as often having more emotions and the people. As Haze, the morality shooter from the now defunct Free Radical, discovered this is a fine line to walk.

Coming from the maker of Yakuza, Binary Domain focuses a lot of its efforts in recreating everyday life. It has developed distinct AI for both humans and robots that distingushes your enemies at the beginning of the game. This disctinction is then used to further turn the screw on your moral choices as motivations blur later on.

Binary Domain is expected to be released in 2011 for Xbox 360 and PlayStation 3.

You can support Paul by buying Binary Domain