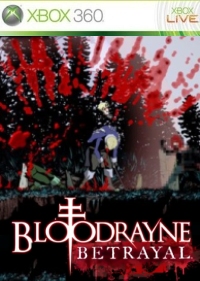 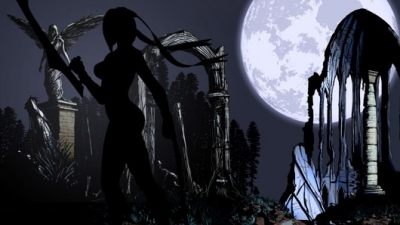 BloodRayne: Betrayal moves to 2D on XBLA and PSN, but I wonder if the series can find a more engaging take on the busty vampire killer than previous juvenile outings.

BloodRayne: Betrayal's female vampire killer returns to consoles later this year. This third instalment is being developed by WayForward Technologies who are taking the series from 3D third person action adventure to downloadable 2D brawler. Those who don't know WayForward, with titles like Boy and His Blob for the Wii and Contra 4, they are something of 2D savants. So it should come as no surprise that BloodRayne: Betrayal is going to take the series back to just two dimensions. Ironically this comes at the same time when a true 3D 3DS version BloodRayne: The Shroud has been put on ice.

BloodRayne was always quite open in its intentions. Staring Rayne, an overly well-proportioned Nazi-hunting vampire clad in leather (ed: a match for Bayonetta maybe?), the series shamelessly played to the stereotypical male videogamer. Dormant since 2004 (excluding the appalling movies) the series is now to be resurrected by owners Majesc.

Betrayal will be a heavily stylised with over the top gore and slick animated sprites at the forefront of the action as Rayne teams up with a mysterious friend to battle a new vampire menace.

You will be able to sink your teeth in to BloodRayne: Betrayal on XBLA and PSN when it is released this summer.


You can support Paul by buying BloodRayne: Betrayal