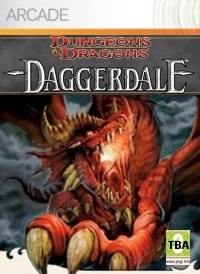 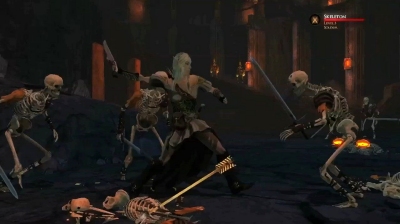 Dungeons and Dragons Daggerdale will have role-players polishing their armour and investing in a new ring of dexterity in preparation for the franchise's downloadable incarnation on XBLA, PSN and PC.

Dungeons and Dragons Daggerdale looks to include Diablo-style hack-and-slash gameplay. It can be tackled single player or with the help of some fellow adventurers, in up to two-player local or four-player online co-op.

Set in the popular Forgotten Realms setting, Dungeons and Dragons Daggerdale has a rich and established lore to tap into, and we can only hope it makes the most of it.

The region has come under attack by a shady organisation known as the Zhentarim. You are tasked with restoring order to the Dalelands, and eventually confronting the current Zhentarim leader Rezlus.

Although the Zhentarim are focused on conquest, they usually favour taking over a community from within using subtle methods such as blackmail and kidnapping, with open conflict only employed when those methods have failed. It remains to be seen whether Dungeons and Dragons Daggerdale will do justice to the intrigue of the organisation, or if subtlety will be lost in the action role-playing format.

Dungeon and Dragons Daggerdale is set to be released in early 2011.


You can support Paul by buying Dungeons and Dragons Daggerdale