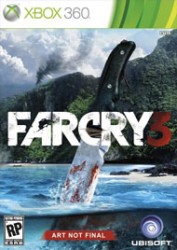 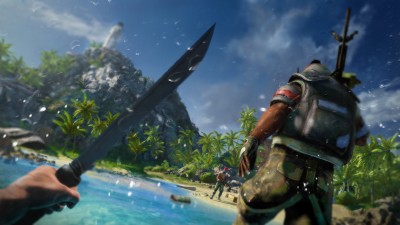 Far Cry 3 marks a return to the beautiful visuals and lonely gameplay of the Far Cry series, with a desperate tale of survival and rescue.

Far Cry 3 sees you take on the role of holidaying Jason Brody, who has become stranded on a beautiful but war-torn island and separated from his girlfriend. It's a interesting return to the "young professional in trouble" plot which was a staple of so many Harrison Ford movies in the 80's and 90's. In many respects it will be nice to play a character that isn't a gruff-voiced private military contractor.

The island is full of a mix of warring gangs and lone crazy individuals, each of whom presents their own threat to your survival. The focus here is on survival, rather than massive body-count and impressive score and hopefully it will have plenty of sinister and brooding atmosphere to match, in spite of the clear skies and sandy beaches.

The game features and open world and structure, allowing you to choose your own approach to travelling around the island and completing tasks in your own preferred order.

The playable area in Far Cry 3 is reportedly ten times bigger than the area of Far Cry 2 so it will be an epic challenge. With its gritty realism though it's unlikely you'll be granted the parasailing shortcut delights of Just Cause 2, so it will be interesting to see just how long it takes to get around this massive area.

Far Cry 3 is currently planned for release on the Playstation 3, Xbox 360 and Windows PC fpr September 7, 2012.


You can support Paul by buying Far Cry 3