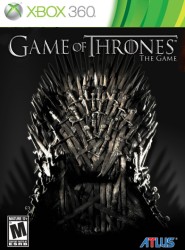 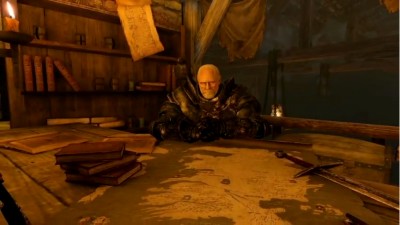 Game of Thrones is based one of the most popular fantasy book series currently available, which has spawned a TV series with a huge following. The game promises you a more personal way to explore Westeros.

The game of Game of Thrones does not follow the story of the books or TV series, but instead creates a new RPG storyline set alongside the earliest events of the main story. Throughout you will be able to see the events of Game of Thrones from a different perspective and interact with many of the characters, while still being able to make decision and take actions which affect the game world.

Since Game of Thrones is so story focused, you will have a choice of two characters, rather than free reign to create your own character. However each of these characters has a choice of classes, so it should still feel as though this RPG offers a flexible and personal experience. However, the choice of which of the two characters you play will provide a different take on the story and reveal different events.

The ultra-low fantasy action in Game of Thrones is fast and brutal. All events take place in real time, but the game offers a handy slow-motion feature while selecting options from combat menus. To me, this looks like it will strike a good balance. Other games which offer a complete stop during action commands seem, to me at least, to provide an unrealistic edge for the player, but keeping all action progressing while navigating menus seems to undermine the role-playing of a character who would realistically make tactical decisions quite quickly. This slow-motion feature should reduce the frustration of taking damage while choosing options, while still providing pressure to make effective snap decisions in combat.

With The Witcher 2 (360) also around the corner representing another dark and bloody fantasy RPG based on a popular book series, it looks like it will be a tricky choice for Xbox 360 owners. Or possibly a chance to feel really spoiled.

Game of Thrones is currently planned for release on the Xbox 360, Windows PC and Playstation 3 during 2012.


You can support Paul by buying Game of Thrones